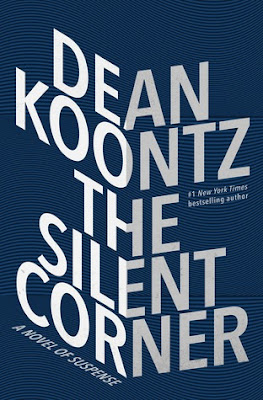 I very much need to be dead.

These are the chilling words left behind by a man who had everything to live for but took his own life. In the aftermath, his widow, Jane Hawk, does what all her grief, fear, and fury demands: find the truth, no matter what.

People of talent and accomplishment, people admired and happy and sound of mind, have been committing suicide in surprising numbers. When Jane seeks to learn why, she becomes the most-wanted fugitive in America. Her powerful enemies are protecting a secret so important so terrifying that they will exterminate anyone in their way.

But all their power and viciousness may not be enough to stop a woman as clever as they are cold-blooded, as relentless as they are ruthless and who is driven by a righteous rage they can never comprehend. Because it is born of love.

Dean Koontz has been a favorite author of mine for years. He wrote what is still one of my favorite series of all time, Odd Thomas, giving me my hands-down most treasured character, Odd (I love you, Oddie!). I couldn't wait to meet the heroine of the new Jane Hawk series, and I’m thrilled to report that she and this story delivered everything I'd hoped they would.

FBI Agent Jane Hawk’s loving husband Nick shockingly took his own life, leading her to investigate his suspicious death. She soon discovers that the suicide rate is on the rise with the most unexpected people seemingly taking their own lives. Many of them have left baffling notes that don’t make sense to their loved ones, much like the one Nick left for Jane. Jane, now on leave from the FBI, is a woman on a mission to stop these criminal masterminds – to keep them from doing to others what they did to Nick and above all else to keep what she treasures most safe. It's true that hell hath no fury like a woman scorned, but it pales in comparison to Jane Hawk when she realizes her beloved husband and soulmate was taken from her in a nefarious and twisted plot that reaches far and wide, embroiling some extremely powerful people in high positions. Is there anyone left that Jane can trust?


“...in this dangerous time when shadows cast shadows of their own,
when darkness often passed for light, the just and the unjust wore the same face.”

The more Jane uncovers, the more people want her stopped. And she must do it all off the grid because they are always watching.


“Those who are truly off the grid and cannot be tracked by any technology,
yet are able to move about freely and use the Internet, are said to be in the silent corner.”

Jane is absolutely fierce and is an easy heroine to get behind. I love how intelligent and cunning she is. What happened to her is heartbreaking, but what she does about it is empowering. The Silent Corner is a story that is incredibly relevant to this age and time. The author’s always brilliant and descriptive writing held me captive to the incredible plot, while thrilling chase scenes and gripping narrative made this a new favorite Koontz story. I appreciated that there was no cliffhanger in this first installment but an intriguing window into what's to come. Waiting on the next book, The Whispering Room, releasing in 2018, will be an exercise in extreme patience. Highly recommend to fans of Koontz as well as sci-fi and suspense and above all to readers who adore a kick-ass, skilled, and tenacious heroine.

A huge thank-you to Bantam for providing me with a copy of this book in exchange for my honest review.