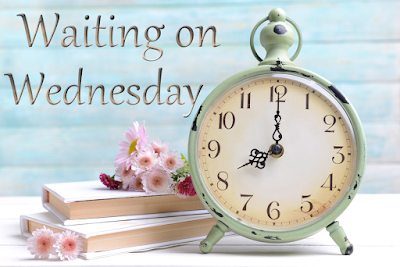 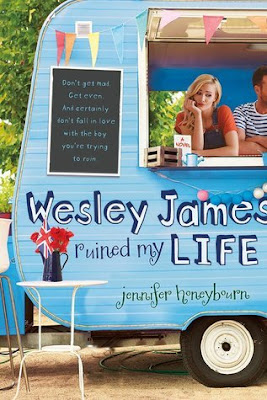 Summary: Sixteen-year-old Quinn Hardwick’s having a rough summer. Her beloved grandmother has been put into a home, her dad’s gambling addiction has flared back up and now her worst enemy is back in town: Wesley James, former childhood friend—until he ruined her life, that is.

So when Wesley is hired to work with her at Tudor Tymes, a medieval England themed restaurant, the last thing Quinn’s going to do is forgive and forget. She’s determined to remove him from her life and even the score all at once—by getting him fired.

But getting rid of Wesley isn’t as easy as she’d hoped. When Quinn finds herself falling for him, she has to decide what she wants more: to get even, or to just get over it.


This sounds super cute, but I confess that isn't the reason behind our wanting this book. When I (Michele) was a kid, I began babysitting a little boy named Wesley James; and although he didn't ruin my life,  he did rule my Saturdays for many years. He was adorable, hilarious, and fearless. I earned every bit of my pay just trying to keep that kid alive. He survived himself and last I heard, he is doing very well -- though I won't tell you his age now because that would just make me feel O-L-D. Anyway, the title alone makes me giggle, and the fact that there's a medieval England-themed restaurant and a score to settle makes this book sound like a lot of fun!

Posted by A Belle’s Tales at 2:53 PM
Email ThisBlogThis!Share to TwitterShare to FacebookShare to Pinterest
Labels: memes, WoW