Release Day Review: I Found You by Lisa Jewell 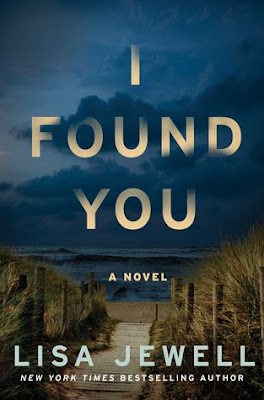 Summary: A young bride, a lonely single mother, and an amnesiac man of dubious origin lie at the heart of New York Times bestselling author Lisa Jewell’s next suspenseful drama that will appeal to fans of Liane Moriarty and Paula Hawkins.

In a windswept British seaside town, single mom Alice Lake finds a man sitting on the beach outside her house. He has no name, no jacket, and no idea how he got there. Against her better judgment, she invites him inside.

Meanwhile, in a suburb of London, twenty-one-year-old Lily Monrose has only been married for three weeks. When her new husband fails to come home from work one night she is left stranded in a new country where she knows no one. Then the police tell her that her husband never existed.

Twenty-three years earlier, Gray and Kirsty are teenagers on a summer holiday with their parents. Their annual trip to the quaint seaside town is passing by uneventfully, until an enigmatic young man starts paying extra attention to Kirsty. Something about him makes Gray uncomfortable—and it’s not just that he’s playing the role of protective older brother.

Two decades of secrets, a missing husband, and a man with no memory are at the heart of this brilliant new novel, filled with the “beautiful writing, believable characters, pacey narrative, and dark secrets” (London Daily Mail) that make Lisa Jewell so beloved by audiences on both sides of the Atlantic.

This was my first Lisa Jewell book; and after reading this incredibly engrossing story, I will most assuredly be picking up more of this author’s work. I Found You is told skillfully in four parts with three narratives. The first is from Alice, whom I very much liked. Alice is a single mother of three who has made some not-so-great decisions in the not-so-distant past and is doing her best to not make any more. She supports her family by creating these brilliant art pieces that she makes out of old maps specific to places her customers request. One morning, she sees a man sitting alone on the cold, damp sand in front of her seaside home in the British town of Ridinghouse Bay; he doesn’t remember who he is or how he arrived there. And against her friend’s advice and the better judgement she wishes she possessed, Alice takes him in. The second story is of new bride Lily, whom… well, unlike Alice, I didn’t like much at all. Lily’s beloved new husband doesn’t come home from work one night; and after several interactions with the police, they discover her new groom is not who he says he is. And last but certainly not least is the account from the past. One that tells the story of teenage Gray and his sister Kirsty as they vacation with their parents in Ridinghouse Bay in 1993. When Kirsty meets a young man who is attracted to her, Gray gets a bad vibe from the guy and immediately disapproves. All three of these stories are very interesting, but when all three intersect… they are fascinating.

This is one of those books I couldn’t put down; and though I anticipated certain things, it was the details of how it all played out that had me captivated. Told in a measured pace, this mystery is exciting without being rushed. It is a standalone with an ending that may divide readers, but it worked for this reader and I appreciated that it didn’t try to follow the formula that has everyone comparing every British mystery to the certain must-read-but-will-not-be-named-here thriller that took everyone by storm. I Found You doesn’t try to be something that it’s not because it doesn’t need to be. It’s suspenseful and absorbing and manages to be both heartbreaking at times and heartwarming at others. With converging storylines that are done brilliantly and flawlessly, this is a book that will appeal to fans of both the genre and the author.


Thank you to the publisher for providing me with a copy of this book in exchange for my honest review.