What makes Macbeth a tragic hero? 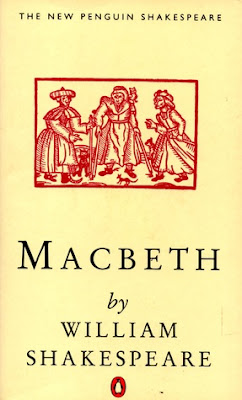 Summary: Macbeth (full title The Tragedy of Macbeth) is a tragedy written by William Shakespeare, and is considered one of his darkest and most powerful works. Set in Scotland, the play illustrates the damaging physical and psychological effects of political ambition on those who seek power for its own sake. The play is believed to have been written between 1599 and 1606, and is most commonly dated 1606. The earliest account of a performance of what was probably Shakespeare's play is the Summer of 1606, when Simon Forman recorded seeing such a play at the Globe Theatre. It was first published in the Folio of 1623, possibly from a prompt book. It was most likely written during the reign of James I, who had been James VI of Scotland before he succeeded to the English throne in 1603. James was a patron of Shakespeare's acting company, and of all the plays Shakespeare wrote during James's reign, Macbeth most clearly reflects the playwright's relationship with the sovereign.

*Spoiler alert: If you haven't read Macbeth, skip this post*

It's essay time again, and my AP English teacher assigned each student a unique topic after we read Macbeth. Mine was to explain what made Macbeth a tragic hero. Now last year, we read The Scarlet Letter by Nathaniel Hawthorne; and while I love Nathaniel, The Scarlet Letter made me cranky. Because I could not share all of my feelings in the report I turned in to my teacher, I wrote a separate report to share on the blog, where I took some liberties with the snark factor (mostly in the form of GIFs) and had a little more fun with my thoughts on that one than my school would have appreciated. But in this case, I really enjoyed Macbeth, so I'm sharing exactly what I turned in to my teacher. I actually did have so much fun writing this one that I don't want to change any of it. I hope you enjoy my take on this character.

What makes Macbeth a tragic hero?


Aristotle describes the tragic hero as a character having a fatal flaw, excessive pride, and an inevitable downfall. Shakespeare's character Macbeth undoubtedly fits the criteria. Macbeth is a well-known and beloved general in the king's army, as well as a close friend to the king; however, when he encounters a group of witches who show him an opportunity to elevate his status and gain the respect and obedience of the Scottish people for himself, Macbeth begins entertaining the thought of murder. Despite experiencing much conflict, Macbeth eventually falls victim to his own wickedness and pride, and the results of his actions are far more dire than he ever imagined.

Macbeth's fatal flaw is his greed. Once the witches have planted the idea of taking the throne for himself, Macbeth wants everything Duncan had -- the respect and obedience of his people, his friends, his honor -- and begins to wonder how he might obtain such a position. When the idea of murder first crosses Macbeth's mind, he is appalled. Duncan is his king and his companion; he cannot kill him simply to obtain his desires. In the end, however, Macbeth's greed proves stronger than his determination; and he and his wife murder the king in his sleep.

Once Macbeth has committed the terrible crime and obtained his position as king of Scotland, his pride swells and his conscience continues to wane. He becomes consumed with eradicating anyone and anything who poses a possible threat to his power and position; murder becomes the solution to all of his problems, and it gradually becomes easier to carry out. He hires men to assassinate his fellow general Banquo once his friend begins to grow suspicious of Macbeth; and he later arranges the murder of Lady Macduff and her children when the witches warn him of Macduff and he is given reason to believe that Macduff may be working with Duncan's son to raise an army and remove Macbeth from the throne.

The murder of Macduff's family did nothing but seal the fate of Macbeth's downfall. The witches prophesize that Macbeth cannot be killed by a man born of a woman; however, Macduff was "from his mother's womb / Untimely ripped" (by Cesarean), meaning he was not delivered naturally and is therefore able to kill Macbeth. Macduff decapitates Macbeth and presents his head to Duncan's son Malcolm, who is now the rightful king of Scotland.

Macbeth was initially an honorable man corrupted by wickedness and pride, which ultimately led to his demise in the end. He let the prospect of power and nobility cloud his better judgment, and his life was ruined because of it, making him a true tragic hero.