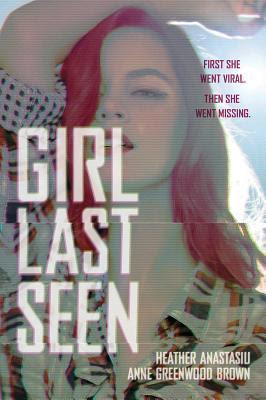 Summary: Kadence Mulligan's star was rising. She and her best friend, Lauren DeSanto, watched their songs go viral on YouTube, then she launched a solo career when a nasty throat infection paralyzed Lauren's vocal chords. Everyone knows Lauren and Kadence had a major falling-out over Kady's boyfriend. But Lauren knows how deceptive Kadence could be sometimes. And nobody believes Lauren when she claims she had nothing to do with the disappearance. Or the blood evidence As the town and local media condemns Lauren, she realizes the only way to clear her name is to discover the truth herself. Lauren slowly unravels the twisted life of Kadence Mulligan and sees that there was more to her than she ever knew. But will she realize she's unknowingly playing a part in an elaborate game to cover up a crime before it's too late?

When Kadence Mulligan started a YouTube channel with Lauren DeSanto, her best friend since seventh grade, to showcase their music, she had hopes they’d go viral. She had hopes they’d attract a multitude of fans. She had hopes that people around the internet would connect with their music. Little did she know those hopes would turn into reality and change her and Lauren’s lives – but was it really for the better? And how long would it last? When a throat infection takes Lauren’s voice and her place in the spotlight, Kadence decides to pursue a solo career – just until Lauren gets better, of course. The rift between Lauren and Kadence has been growing for some time; and Lauren isn't sure how much longer she can hold onto this friendship, or at least what used to be one, when Kadence disappears. When fingers start pointing at Lauren, she feels helpless and begins an investigation of her own with an old friend. And what they uncover is far from anything Lauren could have expected.

Girl Last Seen was an incredibly captivating story with an intriguing mystery and enthralling characters –some of which were lovable… some not; the multiple POVs are amazing and keep the reader guessing who's really telling the truth. All in all, I really enjoyed this story – especially the ending with a twist I never saw coming – and I definitely see myself re-reading it in the future.

I love Anne Greenwood Brown’s Lies Beneath series, and I was excited to see her work with author Heather Anastasiu in this new YA mystery suspense.  My daughter and I enjoyed buddy-reading this – we popped popcorn and devoured this book like an episode of Pretty Little Liars.  With all the twists and turns, we were hooked.  This age of YouTuber-ness and the oversharing that occurs on the internet is something I never experienced when I was a teen; but this is the age that my daughter and her friends have grown up in, and I love that the story surrounds these two girls trying to carve a life out of their music by posting their videos on YouTube.  It added an element that is extremely current and that teens will respond to.  We liked this story and its ending. We had so much fun discussing and dissecting these characters and the plot.  A current and relatable YA mystery that teens as well as mystery fans will love!

We received a copy of this book in exchange for our honest reviews.