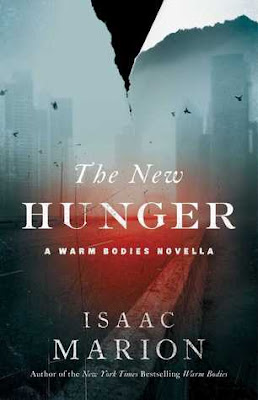 The end of the world didn’t happen overnight. After years of war, societal breakdown, freak storms, and rising tides, humanity already hovered near the edge. Then came the most unexpected threat of all: the world’s corpses rising up to deliver the final blow.

Born into this bleak and bloody landscape, twelve-year-old Julie struggles to hold on to hope as she and her parents drive across the wastelands of America on a nightmarish road trip in search of a new home.

Hungry, lost, and terrified, sixteen-year-old Nora finds herself her brother’s sole guardian after her parents abandon them in the not-quite-empty ruins of Seattle.

And in the darkness of a forest, a dead man opens his eyes. Who is he? What is he? With no clues beyond a red tie and the letter “R,” he must unravel the grim mystery of his existence—right after he learns how to think, how to walk, and how to satisfy the monster howling in his belly…


In 2011, I opened a new novel by Isaac Marion and became completely absorbed by his writing, his characters, and the state of a world in ruin. My favorite aspect of the story was that he gave readers a monster to love. I’ve been wanting more ever since, and I thought this new edition of the prequel novella would tide me over. I loved it but it still left me hungry for more. And I mean that in a most approving way. This novella follows the three main characters on their individual journeys: twelve-year-old Julie along with her parents’ search for a place to start over; Nora and her little brother’s quest as they hunt for safety and shelter and to just simply stay alive; and R as he re-awakens and begins to come to terms with what he is now… or more to the point… what he no longer is.

“All six are moving toward each other, some by accident, some by intent,
and though their goals differ considerably, on this particular summer night,
under this particular set of cold stars, all of them are sharing the same thought:


I love the images the author creates with his words and revisiting these characters I’ve grown to love. I anticipated the fear and confusion, but I was struck by the sadness as each dealt with their own loss. You expect it from the living, but I never thought about the loss the dead might be experiencing. It was surprisingly poignant and very well done. If you haven’t read Warm Bodies, you can certainly start with this prequel novella; but my own personal preference would be to read it after you’ve read the first novel. There’s just something about already knowing where these characters are now to appreciate where they’ve been. The author stated on his blog that this version of The New Hunger has been expanded and revised and that while it isn’t essential, the content is certainly relevant to the upcoming sequel. As for the second installment… I’m anticipating it even more than I was before. These characters just grab a hold of you, and with the prologue and epilogue promising a new entity – one far darker and even more terrifying than the boneys – I can hardly wait for The Living.

“Nothing is permanent.  Not even the end of the world.”