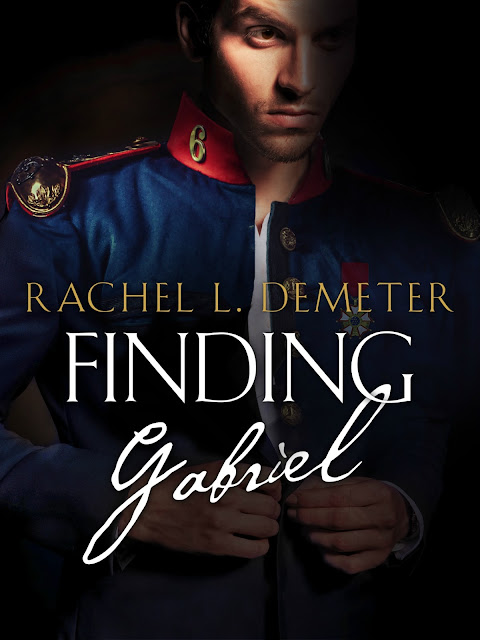 After a decade of bloodstained battlegrounds while fighting in Napoleon’s army, Gabriel returns to the streets of Paris a shattered and haunted soul. Plagued by inner demons, he swallows the barrel of his flintlock pistol and pulls the trigger.

But fate has a different plan.

Ariah Larochelle is a survivor. Orphaned at twelve and victim to a devastating crime, she has learned to keep her back to walls and to trust no one. But when she finds a gravely injured soldier washed up on the River Seine, she’s moved by compassion. In spite of her reservations, she rescues him from the icy water and brings him into her home.

Now scarred inside and out, Gabriel discovers a kindred spirit in Ariah—and feelings he imagined lost forever reawaken as he observes her strength in the face of adversity. But when Ariah’s own lethal secrets unfold, their new love is threatened by ancient ghosts. Can Gabriel and Ariah find hope in the wreckage of their pasts—or will the cycle of history repeat again?

Perfect for fans of Gaelen Foley’s Lord of Ice and Judith James’s Broken Wing, Finding Gabriel features all the dark romance, searing passion, and historical intrigue of The Phantom of the Opera and Les Misérables.

“A soldier with nothing to lose has everything to sacrifice.”

I hadn’t read a historical romance in many years, and this is a first for this mostly YA/NA blog; but I was so intrigued by the blurb of Finding Gabriel and its gorgeous cover that I felt this would be the perfect book for me to revisit this genre.

Colonel Gabriel de Laurent returns to Paris after fighting in Napoleon’s army. He had hoped to die on the battlefield, not wanting to live another day in the shadow of his dark and painful past; but unfortunately for him, he returned mostly unscathed. So Gabriel made the decision to end his life and torment by his own hand. Standing before the River Seine, he places the barrel of his pistol in his mouth and pulls the trigger.

When Ariah Larochelle finds the broken and near-death Gabriel, she wrestles with the memories of her own frightening past; and even as her apprehensions set off warning bells, she brings Gabriel into her home and saves his life. It never crossed her mind that the cruel man who inflicted such horror on this highly decorated soldier… was the very one she was so intent on saving.

“Now his face would match the tattered depths of his soul.”

I liked how Gabriel’s initial resentment at being rescued slowly fell away as he learned more about Ariah and saw her for the survivor that she is. Whereas Gabriel will wear his scars for the world to see, Ariah’s are buried deep inside. An orphan, who overcame a harrowing crime and who is now raising her little girl while her husband is at war, acted with great compassion and selflessness to save Gabriel. I love the friendship that slowly blossomed between the two and the recognition of what kindred spirits they truly were.

This story completely held my attention, and Ms. Demeter recaptured my love for this era. The flashbacks of their pasts were incredibly sad, and it made me yearn for these two lost souls to find peace in one another. But there are a lot of obstacles to overcome and several more surprises in store for the main characters.

For me, this is not a read-in-one-sitting book – it’s a story with a slow and steady pace, rich in detail and description. The author’s writing is gorgeous, and she depicted everything so beautifully that I vividly saw this story as much as read it. Some readers may feel it a bit too poetic at times; but as a girl who likes to swoon over such things, I thought it was lovely. Little Emmaline’s interactions with Gabriel tugged at my heartstrings, and I also enjoyed the other characters in the story but won’t share more about them, as they are best to be discovered by the reader.

I loved that even though parts of this book were a bit too mature and graphic for my teen, I shared many passages from those that were not; and she became captivated by Gabriel and Ariah’s story as well. Every time I set the book down, she had to know what was happening in the story and I could hardly wait to relate it all to her.

Action-packed and full of romance with some seriously steamy scenes, Finding Gabriel is a poignant story with a heartwarming ending that made this a satisfying trip to a genre I hadn’t visited in so long. Ideal for fans of The Phantom of the Opera and Les Misérables, as well as devourers of historical romance.

Thank you to the author and publisher for a copy of this book in exchange for my honest review.

“Look at me. Look at what you have saved.”

Gabriel released Ariah’s chin and tore away the bandage in a harsh movement. As his eyes bore into her own, pale moonlight fell upon the deformity, illuminating the twisted flesh and grotesque welts. The sight reminded her of a beautiful chateau . . . a stunning fortress situated along the coastline . . . one that had fallen into ruin and neglect. The skin was concave, destroyed, cavernous – a remnant of former glory. And the surrounding features – his burning eyes, the right side of his face, his powerful body – dwarfed the disfigurement with a striking beauty.

“Look at the monster you have created. Look upon my face, Ariah.”

She shivered at the sound of her name; slightly muffled from the injury to his mouth, it slid from his tongue with equal parts venom and hunger.

“I was supposed to die that night . . .” The last of his words ended in a choked whisper. His face fell forward in despair until his forehead was pressed against her own. He was impossibly close. And he appeared every gram a flesh-and-blood warrior – coarse and ruthlessly untamed. Sweltering heat radiated from his body and engulfed all five of her senses. She was suffocating. Visions of that long-ago night echoed in her mind until she could perceive nothing else. Ariah gave a shallow cry as she struggled to free herself once more.

Her movements ceased. The words struck a chord deep inside her chest. She connected her gaze with his and was rendered speechless by the naked anguish in his stare. Regret and desire were etched in every line of his face – but what stole her breath was something entirely different. For the second time, it was neither anger nor resentment that radiated from his eyes, but a longing so intense that it nearly overwhelmed her: hope. 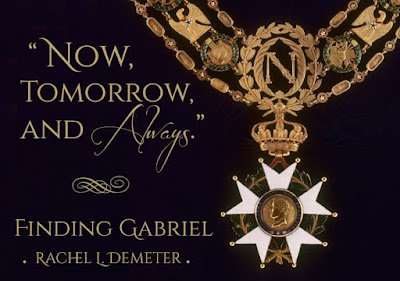 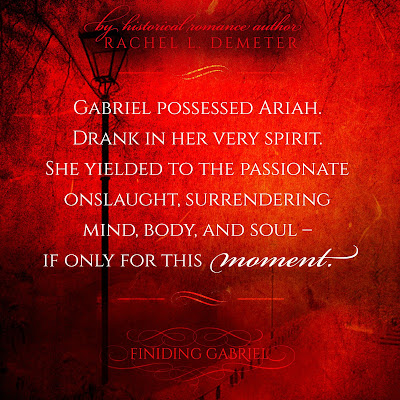 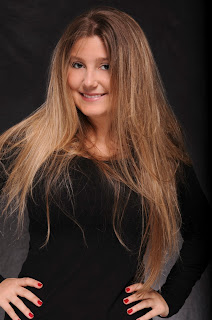 Rachel L. Demeter lives in the beautiful hills of Anaheim, California with Teddy, her goofy lowland sheepdog, and her high school sweetheart of eleven years. She enjoys writing dark, poignant romances that challenge the reader's emotions and explore the redeeming power of love.

Imagining dynamic worlds and characters has been Rachel's passion for longer than she can remember. Before learning how to read or write, she would dictate stories while her mother would record them for her. She holds a special affinity for the tortured hero and unconventional romances. Whether crafting the protagonist or antagonist, she ensures every character is given a soul.

Rachel endeavors to defy conventions by blending elements of romance, suspense, and horror. Some themes her stories never stray too far from: forbidden romance, soul mates, the power of love to redeem, mend all wounds, and triumph over darkness.

Her dream is to move readers and leave an emotional impact through her words.