Release Day Post, Giveaway, and Review: Before We Were Strangers by Renée Carlino

From the USA TODAY bestselling author of Sweet Thing and Nowhere But Here comes a love story about a Craigslist “missed connection” post that gives two people a second chance at love fifteen years after they were separated in New York City. 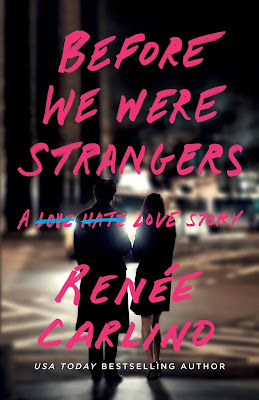 To the Green-eyed Lovebird:
We met fifteen years ago, almost to the day, when I moved my stuff into the NYU dorm room next to yours at Senior House.
You called us fast friends. I like to think it was more.
We lived on nothing but the excitement of finding ourselves through music (you were obsessed with Jeff Buckley), photography (I couldn’t stop taking pictures of you), hanging out in Washington Square Park, and all the weird things we did to make money. I learned more about myself that year than any other.
Yet, somehow, it all fell apart. We lost touch the summer after graduation when I went to South America to work for National Geographic. When I came back, you were gone. A part of me still wonders if I pushed you too hard after the wedding…
I didn’t see you again until a month ago. It was a Wednesday. You were rocking back on your heels, balancing on that thick yellow line that runs along the subway platform, waiting for the F train. I didn’t know it was you until it was too late, and then you were gone. Again. You said my name; I saw it on your lips. I tried to will the train to stop, just so I could say hello.
After seeing you, all of the youthful feelings and memories came flooding back to me, and now I’ve spent the better part of a month wondering what your life is like. I might be totally out of my mind, but would you like to get a drink with me and catch up on the last decade and a half? 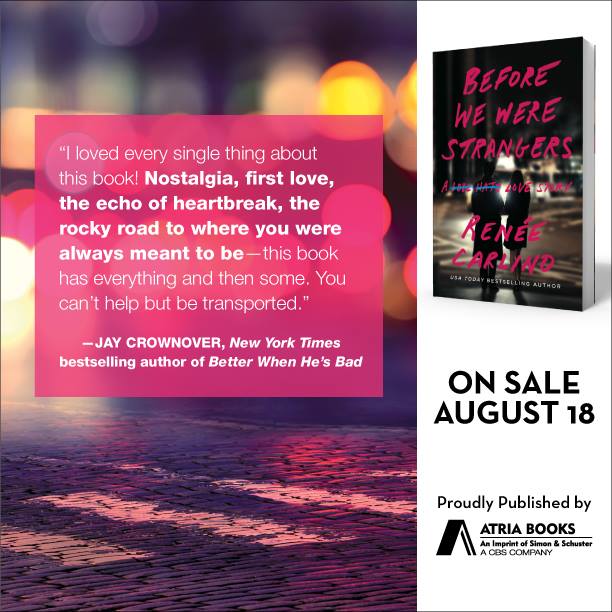 “Three seconds doesn’t seem like a long time, but when you’re
gazing into someone’s eyes, it’s long enough to make a silent promise.”

It’s no secret on this blog how much I adore Renée Carlino’s books. One of my favorite things about Before We Were Strangers is how quickly I connected with the characters. This author has such a gift for writing stories and characters that are so unique yet at the same time feel as cozy and familiar as my favorite blanket. I immediately felt for Matt and, through his eyes, fell in love with Grace. By the time I officially “met” Grace in her POV, I was already 100% invested in their history as well as their future.

How many times do we see an old friend out of the blue and maybe exchange hellos but carry on, keeping the past firmly behind us? When Matt unexpectedly sees Grace an instant before her train leaves the platform, he wants nothing more than to reconnect with the woman who, even 15 years later, still owns his heart.

“It was like the universe was teasing us; we saw each other just a second too late.”

A post in the “missed connections” section of Craigslist brings the two of them face to face once more. But will everything that’s happened in the last decade be too much to accept, ending their story once and for all… or could this be a second chance at a new beginning?

The past and present flawlessly intertwine in this wonderful story; and though Matt and Grace’s story brought me to tears at times, it was worth every one I shed. Captivating secondary characters, the exciting NYC backdrop, and – my most favorite – the music that flows through the pages with the parts being branded as ‘movements’ all make this a marvelous addition to my bookshelf. The final POV was brilliant, and Ms. Carlino has stolen my heart once again. Reading Before We Were Strangers is like finding a new favorite song. You want to put it on repeat until you know all the words by heart. 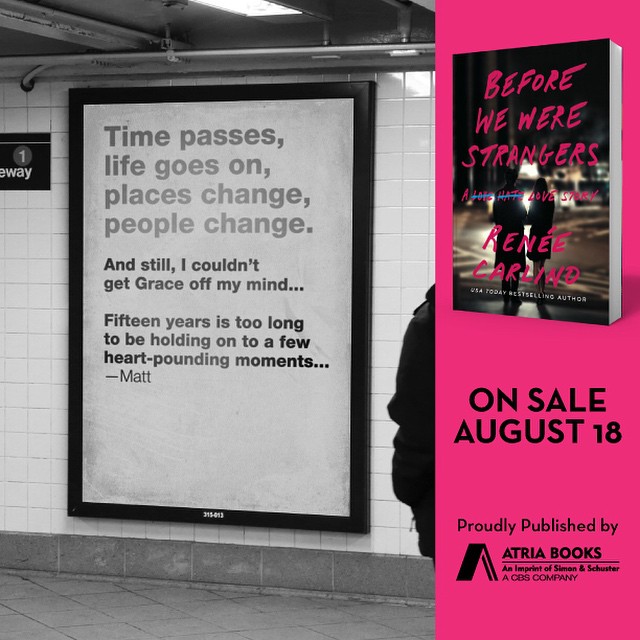 Renée Carlino is a screenwriter and bestselling author of romantic women's novels. She lives in Southern California with her husband, two sons, and their sweet dog June. When she’s not at the beach with her boys or working on her next project, she likes to spend her time reading, going to concerts, and eating dark chocolate.