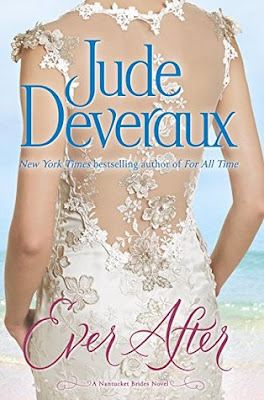 Life is anything but perfect for Hallie Hartley, a young physical therapist who has given up nearly everything—even her love life—for her beautiful blonde stepsister, Shelly. Though Shelly’s acting career has never taken off, she has certainly perfected the crocodile tears to get what she wants—which all too often means Hallie’s boyfriends. When Hallie arrives home early from work one fateful day, she makes two startling discoveries that will turn her life upside down: Not only has a mysterious relative left Hallie a house on Nantucket, but Shelly has been trying to steal it. Desperate to put her troubles behind her, Hallie impulsively flies to Nantucket.

New trouble, however, has already settled into Hallie’s guest room in the form of her newest client. Hallie is told that wealthy, young James Taggert has injured his leg in a skiing accident. Assuming that the devastatingly handsome man has led a charmed life, Hallie is surprised by Jamie at every turn throughout his recovery. His attentions draw her out of her shell—but he has a dark secret, and is tormented by nightmares that only her presence can keep at bay. She suspects there’s more to his injury than he’s letting on.

On this gorgeous island rich in history, magic is everywhere, even in Hallie’s own backyard. As Jamie’s relatives arrive for a wedding gala, something wonderfully unusual is in the air. There’s an aura of romance—enhanced by a pair of matchmaking ghosts and a colorful island legend. In their own little corner of the world, Jamie and Hallie unravel the timeless secrets of their own hearts, and a very special story of True Love destined to last forever after.

I have really enjoyed the Nantucket Brides trilogy, but I have to say Ms. Deveraux saved the best for last with Ever After. I adored this story and main characters Jamie and Hallie. So often our stories are full of broken heroines who have a lot of heartbreak to work through. I very much liked that while Hallie did have an unhappy past, she reaches a huge turning point at the beginning of the book and we see her grow stronger and really take control of her life. She moves to the striking island of Nantucket after finding out she’s been left a beautiful old home by a relative she never even knew she had. Talk about an adventure!

Hallie is a physical therapist, and part of a deal that had been made (I won’t go into it for that detail is best discovered by the reader) is that she will aid in the recovery of a young man named Jamie who was injured in a skiing accident. Jamie. Oh my. I love him – and though he detests any kind of pity, my heart did break for him. There is so much more to Jamie than Hallie has been led to believe. Instead of being the jet-setting, rich playboy she thinks he is, Jamie has lived a life that he doesn’t share with Hallie right away. Jamie is a soldier; and when his Humvee exploded, he was one of the only members of his team to make it out alive. His body is ravaged with scars, and he suffers from severe PTSD. While Jamie’s scars are on the outside, both he and Hallie have many on the inside as well. They are so good for each other, and what they are able to do for one another made my heart leap with joy.

As always, I completely devour anything and everything having to do with the Montgomery-Taggert clan. They’ve owned my heart since my teenage years.

“‘Hallie, please let me explain, he said. ‘I thought—’ He broke off because his three cousins were outside the window behind Hallie. They were holding up pieces of paper with words on them. Adam’s said ‘Apologize.’ Ian had written ‘Grovel.’ And Raine’s paper said ‘Tell her you’re wrong.’ ‘I’m sorry,’ Jamie said. ‘I was wrong. I thought of myself and that’s all.’ ‘Yes, you did!’ Hallie said. ‘You were utterly selfish.’ He took another step toward her, but again she stepped back. ‘I just wanted some time away from pity, that’s all,’ Jamie said and the words were from his heart. ‘So you let me nearly go crazy wondering what was wrong with you? All because you thought I’d pity you?’ The men outside were nodding at this. ‘Yes, I did,’ Jamie said, his head down. ‘You had no respect for my profession.’ Outside, the men nodded in agreement. ‘I’m really sorry and you are right. I didn’t respect you or your expertise and I thought of no one but myself. It’s just that—’ He stopped when the men started vigorously shaking their heads no. Raine made the motion of zipping his mouth closed.’”

This family is unbelievably endearing, and I’ve always adored the way they look out for one another. I especially fell head over heels for Jamie’s cousin, Raine. Oh, how I hope Raine gets his very own book!

My favorite part about this trilogy and all of Ms. Deveraux’s writing is the detail and the magical qualities infused in her stories. In this book, we have the Tea Ladies. Beautiful sisters from the early 1900s who were loved by all but met a tragic ending. Their addition to the story as well as the cameos from previous characters transform this from love story to fairy tale, and I could not put it down. Upon finishing this book, I found myself continuously reaching for it during the day only to remember there wasn’t any more and that I had sadly reached the end. A beautiful end to a lovely trilogy. I highly recommend Ever After for lovers of romance, old souls, friendly ghosts, and handsome hulking men with colossal hearts. I’ll be revisiting this story over and over again.