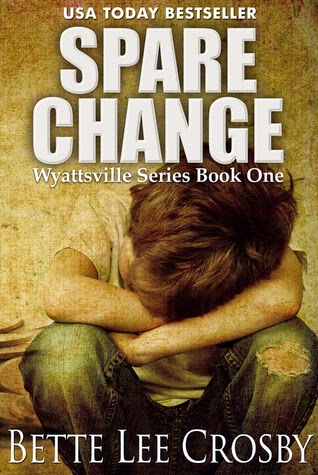 A Woman who is Superstitious to the Core…

A Boy who claims his Parents are Dead…

A Murderer who wants to Silence the Truth of What Happened.

Olivia Westerly knows what she knows — opals mean disaster, eleven is the unluckiest number on earth and children weigh a woman down like a pocketful of stones. That’s why she’s avoided marriage for almost forty years. But when Charlie Doyle happened along, he was simply too wonderful to resist. Now she’s a widow with an eleven-year-old boy claiming to be her grandson.

Spare Change is a quirky mix of Southern flair, serious thoughts about the important things in life, the madcap adventures of a young boy and a late change of heart that makes all the difference in an unusually independent woman.

With a foul mouth, dark secrets and heavily guarded emotions, Ethan Allen Doyle is not an easy child to like. He was counting on the grandpa he’d never met for a place to hide, but now that plan is shot to blazes because the grandpa’s dead too. He’s got seven dollars and twenty-six cents, his mama’s will for staying alive, and Dog. But none of those things are gonna help if Scooter Cobb finds him.

What a heartwarming story!  As a reader who reads mostly YA and NA genres, this story was a wonderful departure from my usual fare.  I buddy-read this book with my mother over our Christmas holiday, and we both adored it!  Regardless of your reading preferences, I believe this is a book that could be rated E for everyone!  Ms. Crosby takes us on a journey that begins with our introduction to Olivia Westerly, an independent woman who is extremely superstitious and knows exactly what she wants out of life.  And she certainly knows what she doesn’t want: a child.  Just the thought of that particular burden is why she’s determined to remain single and focus on her career.  And then along came Charlie.  Charlie Doyle swept Olivia off her feet, surprising everyone that knew her but none as much as Olivia herself!  Fortunately Charlie only had one son who was grown, and they weren’t close.  Kids were not something Charlie was interested in, so Olivia knew she’d found her soulmate.  But happy endings aren’t always what you think they are, and Olivia finds herself in a life that can’t possibly be her own.

Enter Ethan Allen.  Oh, how this boy will steal your heart.  You’ll be torn between wanting to wash his mouth out with soap, laughing out loud at his antics, and mostly wanting to wrap him in the biggest hug possible.  Ethan witnessed something no child should ever see.   He has no idea what he’s going to do, but he knows he has to leave town before the terrifying Scooter Cobb realizes that Ethan saw what he did and decides to do the same thing to him.  But at eleven years old with seven dollars and some change in his pocket and a mangy-looking dog as his only companion… what’s he to do?  The one thing Ethan Allen knows best. He’s going to survive.  And finding the grandpa he’s never met but who sends him a card every year on his birthday is his first step in making it out of his predicament alive.  But Ethan Allen never counted on Olivia Westerly… and she most definitely never counted on him.

I shed more than one tear in this amazing story, but I laughed and loved even more!  I couldn’t put this book down until I knew how it all would come to an end.  A thrilling adventure packed with emotion and more than one character to root for and fall for.  With perfect pacing, charismatic writing, and one of my favorite epilogues of all time, the Wyattsville series is one I can’t wait to visit again!

A huge thank you to the author for sending a copy of her book in exchange for my honest review. 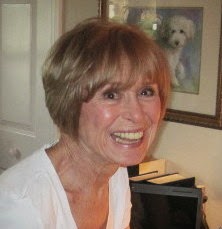 Award-winning novelist Bette Lee Crosby brings the wit and wisdom of her Southern Mama to works of fiction—the result is a delightful blend of humor, mystery and romance along with a cast of quirky charters who will steal your heart away.

“Storytelling is in my blood,” Crosby laughingly admits, “My mom was not a writer, but she was a captivating storyteller, so I find myself using bits and pieces of her voice in most everything I write.”

Crosby’s work was first recognized in 2006 when she received The National League of American Pen Women Award for a then unpublished manuscript. Since then, she has gone on to win another fifteen literary awards, including the Royal Palm Literary Award, The Reviewer’s Choice Award, and the FPA President’s Book Award Gold Medal.

A third book in her Wyattsville Series is scheduled for release in January 2015 and the third book in the Serendipity Series will follow in the Spring of 2015.

You can find Bette here: