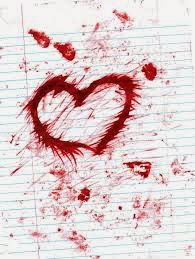 In terms of seasonal viewing lists, A Belle's Tales is proving to be quite the hook-up. We had your back for Halloween. We told you about our favorite Scrooges for Christmas. It only seems fitting, then, that we start off 2015 right, with our own unique spin on a Valentine’s Day movie watching list.

And while quippy Hugh Grant movies or light-hearted Sandra Bullock fare might be just the ticket for some viewers, others need something a little more visceral come Valentine’s Day. So here, fellow oddball, is a list for you. Grab those candy hearts, brew up some hot chocolate, and dim the lights!

Read at your own peril...

5. Prom Night (1980)
[https://www.youtube.com/watch?v=oPq9sgKDE8w]
Two years after Halloween established her as a reluctant “scream-queen,” Jamie Lee Curtis starred in this Scooby-Doo esque Canadian slasher directed by Paul Lynch. The film starts off with a group of kids goofing around in an old abandoned convent. One of the young girls falls out of a window, and plummets to her death. What a macabre coincidence that, six years later, the high school prom takes place on the anniversary of the girl’s death. The group of kids involved in the incident are picked off one by one, until the killer’s true identity is revealed. It’s one of those great Halloween/Friday the 13th derivative slashers that keeps you guessing until the very end. The film is also notable for featuring comic legend Leslie Nielsen!

4. Valentine (2001)
[https://www.youtube.com/watch?v=KEwV-VN8YVY]
Out of all the crummy-but-nevertheless-enjoyable-teeny-bopper horror movies that came out at the dawn of the new millenium, this one stands a notch or two above its contemporaries — which owes more to its technical execution than it does its script. But anyway, the film is about a young reclusive kid who is cruelly humiliated at a junior high school Valentine’s Day dance. The young boy is tormented by his peers, falsely accused of harming one of his classmates, and sent to reform school. Thirteen years later, he comes back, donning a plastic mask, to avenge his tormentors. Also notable for featuring Denise Richards, David Boreanaz, and a slew of other actors who are now struggling to find work.

3. Scream 3 (2000)
[https://www.youtube.com/watch?v=bYi-rmHfrP8]
Scream 3 is one of the best self-aware slasher movies ever made, and features performances from many of the original cast members (including Neve Campbell and David Arquette). Things go awry during the production of a generic slasher film entitled Stab 3. It offers plenty of scares and giggles, and the film is still warmly regarded by genre enthusiasts: it made a whopping $32.5 million in box-office receipts during it’s opening weekend, and it’s still shown on major TV networks throughout the course of the year (more details here about where and when you can catch it locally). Now, I know what you’re thinking. The third installment of any franchise is historically the worst in the series — but file this one in the “exceptions” folder, along with Return of the Jedi and The Good, the Bad, and the Ugly. Err. On second thought, file it in the same folder as Halloween III or Slumber Party Massacre III.

2. Happy Birthday to Me (1981)
[https://www.youtube.com/watch?v=OEalmOJsvM0]
Nearly every child star goes through some sort of humiliating rebellious phase in the public sphere after they come of age and struggle to find work. Little House on the Prairie Fans were scandalized by Melissa Sue Anderson’s decision to play the lead female role in this criminally-overlooked Canadian hack-and-slash. Anderson plays Jenny, a girl who belongs to her school’s clique of popular, privileged kids. One by one, they start getting whacked by an unidentified-assailant, in some of the most gruesome death scenes of any horror film (including a segment where a young man is shish-kabobbed to death). What’s more: the film has one of the most satisfying twist endings of any 80’s horror film.

1. My Bloody Valentine (1981)
[https://www.youtube.com/watch?v=jmLv9HpUhJU]
Reportedly one of Quentin Tarantino’s all-time favorite slasher films, this Canadian slasher (from the same production team that was behind Happy Birthday to Me) revolves around a small mining town named Valentine’s Bluff. Eager to get to the Valentine’s Dance, a group of supervisory miners abandon their coworkers in the shaft. As luck would have it, there’s a cave-in that claims the lives of all but one miner, Harry Warden, who is recovered after several days of being stranded alone in a dark cavern. He goes on a killing spree, leaving ominous (and somewhat clumsily written) valentine cards scribed in blood at his crime scenes, instructing town officials to never host another Valentine’s Day dance again. 20 years later, a dance is coordinated, and someone decides to crash the party. Is it Harry? I’m not going to tell you. But what I will tell you is this: director George Mihalka fought with censors over the grizzly special effects featured in the film. Nine minutes of footage was reportedly snipped from Mihalka’s final cut. Thankfully, however, you can find DVD’s that feature some of the restored footage. Oh: and don’t even bother with the re-make. 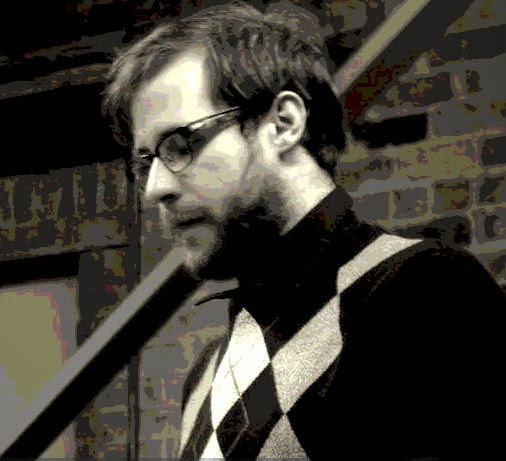 Thank you to Brandon for stopping by and sharing his awesome Slasher Flicks list!
What flick would make your list? 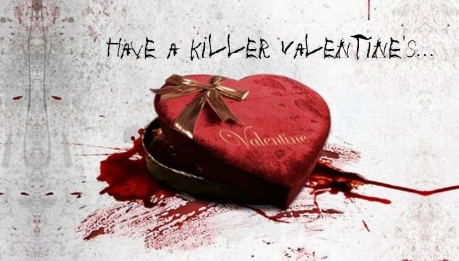 Posted by A Belle’s Tales at 2:19 AM
Email ThisBlogThis!Share to TwitterShare to FacebookShare to Pinterest
Labels: Brandon Engel, guest post, Valentine's