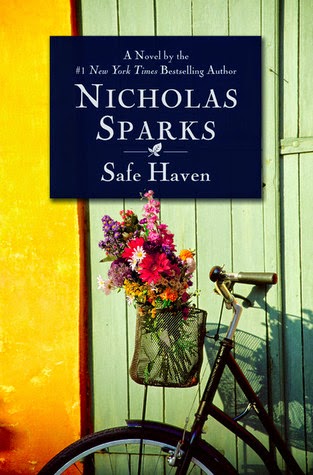 Love hurts. There is nothing as painful as heartbreak. But in order to learn to love again, you must learn to trust again.

When a mysterious young woman named Katie appears in the small North Carolina town of Southport, her sudden arrival raises questions about her past. Beautiful yet self-effacing, Katie seems determined to avoid forming personal ties until a series of events draws her into two reluctant relationships: one with Alex, a widowed store owner with a kind heart and two young children; and another with her plainspoken single neighbor, Jo. Despite her reservations, Katie slowly begins to let down her guard, putting down roots in the close-knit community and becoming increasingly attached to Alex and his family.

But even as Katie begins to fall in love, she struggles with the dark secret that still haunts and terrifies her . . . a past that set her on a fearful, shattering journey across the country, to the sheltered oasis of Southport. With Jo’s empathic and stubborn support, Katie eventually realizes that she must choose between a life of transient safety and one of riskier rewards . . . and that in the darkest hour, love is the only true safe haven.

I’ve always stood firm when it comes to reading books before watching their movies… but when my friend Christie (thank you, Christie!!  <3) sent me the movie Safe Haven for my birthday, I immediately watched it even though I *gasp* had not read the book. (I blame Josh Duhamel.) Anyway, I enjoyed the film very much – tears were cried and chocolate was consumed. When I spotted the hardcover in a bargain bin at the bookstore, I grabbed it up and put it with my Nicholas Sparks collection. A few months ago, I’d binge-read post-apocalyptic games, dystopians, stories involving crucibles and burning at the stake, and my personal favorite: when I scared myself silly over a ghost that has terrified me since childhood (you can catch that review here). I was in desperate need of some sweet, emotional writing; and that Nicholas Sparks collection seemed like a reasonable place to look. I randomly chose Safe Haven from the shelf and started reading. This is a perfect reminder of why books are better. Thoughts like these cannot be expressed in a film no matter how talented an actor or actress is:

So many details have to be abandoned in order to fit into the time allotted for a movie (and for various other reasons), and you don’t realize just how amazing those details are until you've read them.

I may have been looking for a departure from things that go bump in the night, but that doesn’t mean this book doesn’t include a monster. The kind of monster that exists in our world and haunts memories and nightmares – perhaps the most frightening kind there is. After living such a nightmare, it’s no surprise that Katie is reluctant to form any sort of friendship or relationship in Southport, the little town she’s temporarily calling home. But she soon finds out that trying to keep to herself in a small town is downright impossible, not to mention pretty lonely. But when Alex the sweet store-owner begins to thaw the ice around Katie’s heart, she second guesses her reclusive choices and considers putting down roots. Alex is a warm and generous widower who is also the father of two wonderful kiddos who have already won Katie over. Along with her new friend Jo, Katie wants to believe she can finally have the life she’s dreamed of. But there’s still a darkness lurking in those dreams – one that refuses to stay in the past and is intent on ruining the present and Katie’s happily-ever-after.

This is a heart-warming yet at times chilling story that is perfect for fans of romantic suspense. Another thing I love is that, as most of Mr. Sparks’ work, this is a stand-alone novel. The trends of trilogies and of having so many books in a series make beginning a new series daunting at times. It was refreshing to have a wonderful one-and-done story. While I still love the movie, this book was so beautiful – it was exactly what I needed.

Posted by A Belle’s Tales at 1:29 AM
Email ThisBlogThis!Share to TwitterShare to FacebookShare to Pinterest
Labels: Book Reviews, Nicholas Sparks, Romantic Suspense