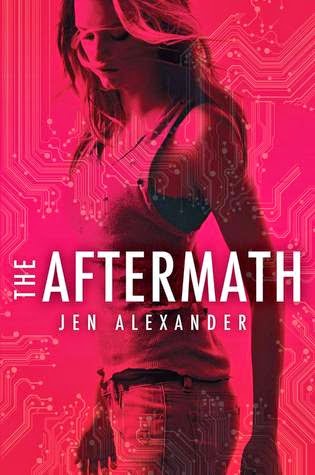 Sometimes, I dream that I'm someone else.

A girl with dark hair who doesn't worry about hunger
or thirst or running from flesh-eaters.

In her world, those sorts of things don't exist.

Since the spring of 2036, when the world changed forever, Claudia and a small clan of survivors have roamed the streets of a very altered Nashville: polluted and desolate, except for the ever-present threat of cannibal Hoarders. Together they must undergo punishing tests of endurance and psychological challenge sometimes with devastating consequences all just to live another day.

With food and water in dwindling supply, and with danger lurking around every corner, no one can be trusted. And as her world starts to make less and less sense, Claudia begins to realize something terrifying: she is just a pawn in some sort of game, and all of her actions are being controlled from afar by a mysterious gamer. So when she meets a maddening and fascinating outsider named Declan, who claims to be a game moderator, she must decide whether to join him in exchange for protection and access to the border.

If they play the game right, they are each other's best hope for survival and a life beyond the only world Claudia's ever known: the terrifying live-action game known as The Aftermath.

Imagine struggling day after day in a post-apocalyptic world – starving, stealing, and killing with your clan – only to one day become aware that the words coming out of your mouth are not your own. You’re not in control of your movements and haven’t been for quite some time.  The people you thought were your friends are also being manipulated by others and powerless to do anything about it.   When Claudia becomes sentient, she finds out she’s in a worse nightmare than she ever imagined.

Deception, secrets, controversy, and conflict set the stage for this book. I honestly don’t know what would be worse:  realizing you’re a character in a game being controlled by someone else or being the type of person who would “play” a human being.

“Because The Aftermath?  It’s the worst game of them all.”

The Aftermath was a very different read for me.  I am not a gamer.  In fact, I know nothing about games, RPG or otherwise.  I do enjoy a great dystopian and unique concept, and this book delivered that. I don’t want to give anything away, because discovering things as they unfolded was one of the best parts.

One thing a lot of dystopians leave out is the why.  Why has the world become what it is?  What happened that the government would allow such things to take place? The author does a great job of giving the reader those answers in a fascinating way without it feeling like an information overload.  I really enjoyed that.  I was very intrigued by the idea of a treatment for those who were considered violent as well as attempts to rid the world of such a “disease.”  There were a few elements of the story that I wasn’t overly fond of, but to expound on that would be spoilery and really just comes down to personal taste.

I didn’t connect with the characters as much as I would have liked; but given what they are going through, I suppose that’s understandable.  The book ends with a cliffhanger; and as much as I wish that weren’t the case, I know I won’t hesitate to grab the next book.  Even with the abrupt ending, this book is action-packed; and I’m anxious to find out what happens next!  Gamers and lovers of dystopia will appreciate this exciting story.

“Sooner or later, there won’t be any humanity left to salvage.”

Posted by A Belle’s Tales at 12:00 AM
Email ThisBlogThis!Share to TwitterShare to FacebookShare to Pinterest
Labels: ARCs, Book Reviews, dystopian