Please welcome Melissa J. Cunningham to the blog.  She is one of the lovely authors published through Clean Teen and would like to share a bit about her latest work.  I adore the covers of these books, and they sound so intriguing.  Here's a little about Melissa, and you can find out all about her books below including an excerpt for Reluctant Guardian. 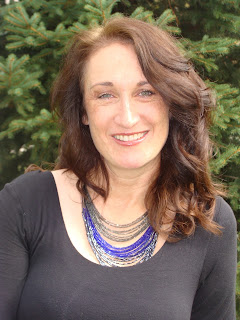 Melissa's first novel: Reluctant Guardian, was accepted for publication through Clean Teen Publishing in August 2013.  When Melissa is not writing you can find her spending time with her husband of eighteen years and her five children. Melissa studied music in college and loves to read all things fiction. Melissa lives in Northern Utah with her family, her horses, cats, dogs and chickens.

Melissa's first novel: Reluctant Guardian, was accepted for publication through Clean Teen Publishing in August 2013. When Melissa is not writing you can find her spending time with her husband of eighteen years and her five children. Melissa studied music in college and loves to read all things fiction. Melissa lives in Northern Utah with her family, her horses, cats, dogs and chickens.

Death was nothing like sixteen-year-old Alisa Callahan thought it would be. Resting on pink, fluffy clouds for eternity with her gram and best friend sounded like a dream come true. After all, enduring one torturous experience after another in her short life deserved some kind of reward, right? Unfortunately, eternal rewards aren't given out so freely when you take your own life.


Required to pay the debt for committing suicide, Alisa must become a guardian. It sounds easy enough, but not when the boy she is forced to protect has a dangerous secret and wants absolutely nothing to do with her.


Brecken Shaefer isn't any normal teenager. He has special gifts that are sure to make Alisa's afterlife miserable. When feelings develop between them, everything spins out of control. Not only must Alisa face her own demons— but to protect Brecken, she must face an evil so heinous that it threatens to destroy their souls completely.

Alisa is tired of hiding from her past. When the easiest thing to do is run, can Brecken give her the strength to stay?

Everyone thinks she's crazy. And maybe she is. But Lauren Marriott knows her journey into Terratir happened. It was real, and she's writing all down in frightening detail.

She has no patience for her brother Zach and his passion for stupid computer games until she finds a mysterious pendant in his room, pulsating with magical power. Lauren wants it, not realizing it's a portal between this world and one of monsters, sorcerers, and dangerous quests.

Never in her wildest dreams could she have imagined what she'd find in the terrifying world of The Warlord—death at every turn, but also a love stronger than time itself.


In order to escape Terratir, Lauren, Zach, and their new found friends, must complete the impossible quest for the Eye of Tanúb, a relic of immense power, which The Warlord has already stolen for himself.

I should have realized that suicide was not my best option. But like most teenage girls, I hadn't planned ahead. I never pictured my parents and brothers picking up the pieces of my broken life, or the empty hole I would leave in my wake.
I honestly didn't think anyone cared that much.
The medication I'd been taking hadn't helped matters either. My doctor prescribed it after the death of my beloved grandmother who'd lived with us since I was a baby. Three months later, my best friend Natasha, died from a brain tumor. Nothing could have shattered me more. Not just because Natty and I were closer than Siamese twins, but because we shared a dark, horrifying secret.
Something I'd never told anyone. Not even my parents. Once she was gone I didn't know how to shoulder that weight on my own. I was drowning in sorrow. I'd fallen into a dark pit and had every right to take that antidepressant.
My parents thought it would help too.
I should have been more open about my feelings. I should have confided in my mom and dad. Explained that the medication wasn't working. That in reality I felt worse. But I didn't. I didn't realize the drug was affecting me adversely . . . until it was too late.
The only thing I wanted that night was to not feel anymore, to not have my heart ripping in two, and to not cry so hard that my whole body ached.
Would it be painful if I rammed my car into the tall pine at the curve of the road? Would it do the trick or just turn me into a vegetable for the rest of my life?
I gambled. I took a chance and got what I wanted. Death.

Posted by A Belle’s Tales at 2:46 PM
Email ThisBlogThis!Share to TwitterShare to FacebookShare to Pinterest
Labels: Author Spotlight, Clean Teen