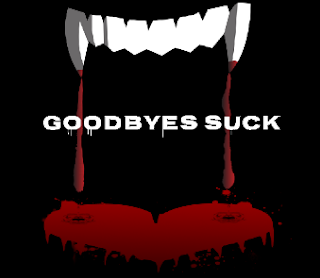 2014 is my year to finish up the book series that, for one reason or another, I never got around to.  The Sookie Stackhouse series was at the top of the list. This was one of my most feared goodbyes because I had heard that things did not end well for the fans.  After reading several negative reviews and having the ending spoiled, I put the series to the side. But I finally pulled up my big-girl britches and finished the books.

After seeing the less-than-stellar reviews, I put this one off for quite some time; but I didn't have nearly as many issues with this installment as I had feared. A vampire whodunnit, an heirloom scrutiny, a family feud, and one magical wish all make for a pretty interesting read. It might not be my favorite in the series; but I still enjoyed it, and I still love my southern sister Sookie ;)

“'It’s called Two and a Half Men,' Dermot was telling his guest.
'I understand,' Bellenos said. 'Because the two brothers are grown, and the son isn’t.'
'I think so,' Dermot said. 'Don’t you think the son is useless?'
'The half? Yes. At home, we’d eat him,' Bellenos said.”

“I so seldom had to dispose of a human body myself, I was at a loss. Fairies turned into dust, and vampires flaked away. Demons had to be burned. Humans were very troublesome.”

“Pam said, 'Sookie, I brought you something, too. I never thought I'd want to spend time with a human, but you're more tolerable than most ...'”

Whether it was the break from this series or the fact that I knew going into this story who Sookie’s final paramour would be, I was able to relax and just read.  I’m not the type of reader who can’t enjoy a book just because "my guy" didn’t get the girl.  And make no mistake… he did not.  But I think this book had more to offer than the love triangle, or love square, or in Sookie’s case... love pentagon.  Personally, my favorite moments were the ones that included Desmond Cataliades, Sookie’s sponsor, aka “otherworldly equivalent of a godparent” and all-around favorite demon lawyer.  Mr. Cataliades is completely charming and absolutely, though unintentionally, hilarious!

This is a series that initially captivated me and, though it began to wane, is still one I can look back on with fond memories.  This last book contains most of the elements that made me a fan of the series to begin with.   I’m pretty content with it; and as far as the love interest goes, I have always really enjoyed that particular character.  I just wish there had been more groundwork laid for the couple so it didn’t seem like such an abrupt decision on the author’s part.  I read that the author said she always intended this outcome.  I just think it might have been a good idea to give readers a storyline so we would have been more inclined towards Sookie’s pick.  I really did love all the reminders of past books and characters.  When I read “My name is Sookie Stackhouse. I belong here,” my vision went a little blurry.  Or maybe a lot.  I won’t be re-reading the whole series, but I’ll always have my earlier favorites to revisit.

“'I remember you wearing that scarf last winter.  You wore it to church, tied around your ponytail, with a black dress.'  Well.  You never know what men will remember.  I started to feel a little touched and tender. [He] said, 'You were sitting right in front of me, and I was looking at the back of your head the whole service.'  I nodded.  That was more like it."

“Your life was not right when you were actually surprised that someone didn't want to kill you.”

“But I also knew that if he turned away from me at this moment, somehow I would survive that, and I would find a way to flourish like the yard that still bloomed and grew around my family home.

And because I couldn't just quit while I was ahead:


This is why I am so grateful to reviewers and bloggers – I knew not to waste my money on this book after reading what they had to say.  I borrowed this one so I could make my own judgment, and here it is: Don’t buy this book.  It’s labeled as a “coda,” but what it truly is is an example of greed and not knowing when enough is enough.  Don’t be fooled by its "200+ pages" -- it’s nothing more than a few paragraphs and bullet points on characters most of us don’t even remember (seriously… who were some of these people??)  Some pages only contain a few sentences… all for the bargain kindle price of $9.64.

I have no favorite quotes, and I have no tombstones to give to this tomfoolery.

Then I started watching the final season of True Blood.

And now I have no way to un-watch it.

So I canceled my season pass for that, and now I can truly bid the whole Sookie-verse adieu.

Posted by A Belle’s Tales at 12:30 AM
Email ThisBlogThis!Share to TwitterShare to FacebookShare to Pinterest
Labels: Book Reviews, Mini Reviews, Sookie Stackhouse