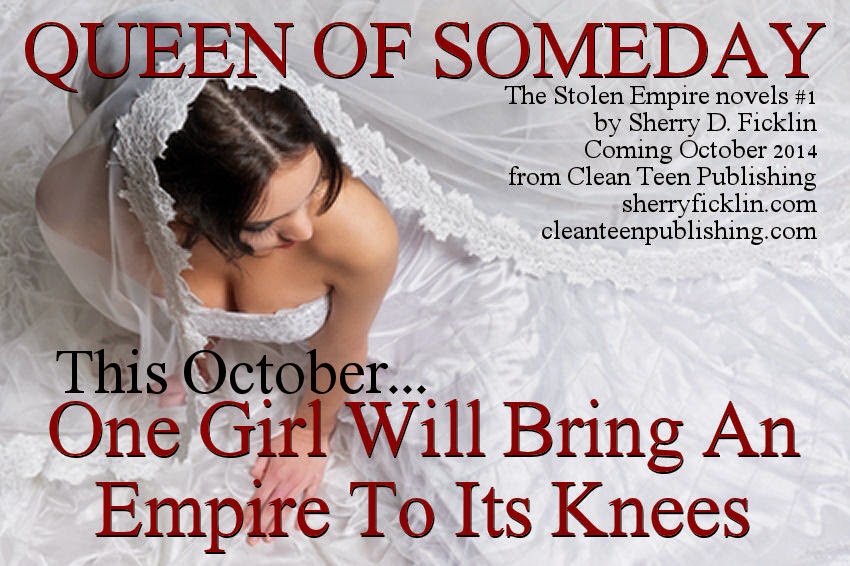 Before she can become the greatest empress in history, fifteen-year-old Sophia will have to survive her social-climbing mother’s quest to put her on the throne of Russia—at any cost.

Imperial Court holds dangers like nothing Sophie has ever faced before. In the heart of St. Petersburg, surviving means navigating the political, romantic, and religious demands of the bitter Empress Elizabeth and her handsome, but sadistic nephew, Peter. Determined to save her impoverished family—and herself—Sophie vows to do whatever is necessary to thrive in her new surroundings. But an attempt on her life and an unexpected attraction threatens to derail her plans.

Alone in a new and dangerous world, learning who to trust and who to charm may mean the difference between becoming queen and being sent home in shame to marry her lecherous uncle. With traitors and murderers lurking around every corner, her very life hangs in the balance. Betrothed to one man but falling in love with another, Sophie will need to decide how much she’s willing to sacrifice in order to become the empress she is destined to be.

In a battle for the soul of a nation, will love or destiny reign supreme?

A NOTE FROM THE AUTHOR:

The true story of Catherine the Great is one fraught with betrayal, intrigue, and romance. While a good deal of my story is drawn from actual people and events, I have been very liberal in the rearrangement of dates, events, and places. Whenever possible I took my cues from her own words, intermixing my own thoughts and ideas. My thought upon the creation of the book was simple. I looked at the woman she was when she claimed the crown and then wondered, how did an innocent girl from Germany become such a force of nature? Most people aren’t born cold or ambitious, but have circumstances that forge them into those people. And that was the story I wanted to tell in this book. I wanted to see the events in her early life that would have changed her into the person she became, and not knowing the truth of that story, I simply made something up. That is what we, as writers, do best.

If you are curious about the real history behind Catherine, I suggest heading to your local library and doing a bit of research. This is not meant to be a historically accurate representation, but a flight of fancy, one that I hope you, dear reader, will enjoy as much as I have.

“If I could, I would offer you my heart, my soul, and make that be enough. But I know it is not. I know that Peter is your destiny. You are going to be the most beautiful, clever, kind empress Russia has ever seen. And I want to be there for that. But I can’t think about that now because today, in this moment, all I want is you. The thought of losing you cuts me to my very marrow.”

I look away, even as he draws me closer. The war rages inside me, one part wanting nothing more than to kiss him until the sun rises, another part knowing why I can’t.

He tilts my chin up gently.

“If you want to send me away, tell me only that you do not love me, and I will go. I will never speak your name again, never touch your hand. I will pretend that the loss of you hasn’t killed me.”

“I could never say those words, because they would be the gravest lie. Of course I love you. I love you so much that I risk everything just to come to you tonight. If anyone knew—I would be ruined, sent away in a cloud of scorn. No one would ever have me, and I would bear the shame all my days.”

He takes my face in his hands.

He kisses me again, and I know I’ve lost. Reaching up, I wrap my arms around his neck, holding him to me. He smiles against my lips.

“My sweet Helen, for you I would be Paris, and for your love, I would defy God himself and then return to you for a kiss.”

“Peter and the empress will return in a few days. What will we do? Meeting like this… it’s too dangerous,” I say, unwilling to pull away again.

“Do you trust me?” he asks solemnly.

He kisses my hair.

“Then trust me. Give me a few days and by the time they return, I will have a plan. In the meantime, if you need me—”

“I always need you,” I interrupt.

“If you want to meet me…” I open my mouth to interrupt again, but he puts a finger against my lips, which I kiss. “Leave me a message in a book. John Wilmont’s letters to his mistress.”

I frown. “Am I to be your secret mistress?”

Sherry D. Ficklin is a full time writer from Colorado where she lives with her husband, four kids, two dogs, and a fluctuating number of chickens and house guests. A former military brat, she loves to travel and meet new people. She can often be found browsing her local bookstore with a large white hot chocolate in one hand and a towering stack of books in the other. That is, unless she’s on deadline at which time she, like the Loch Ness monster, is only seen in blurry photographs.

She is the author of The Gods of Fate Trilogy now available from Dragonfly Publishing. Her previously self-published novel After Burn: Military Brats has been acquired by Harlequin and will be released in 2015 with a second book in that series to follow. Her newest YA steampunk novel, EXTRACTED: The Lost Imperials book 1, co-written with Tyler H. Jolley is now available everywhere books are sold and her newest YA novel, Losing Logan, is due for release in 2014 from Clean Teen Publishing.

Want to READ MORE from Clean Teen Publishing? Check out our huge selection of amazing reads! There's sure to be something for every reader!

BE THE FIRST TO KNOW about our GIVEAWAYS, NEW RELEASES, COVER REVEALS and MORE! Join our VIP Mailing List!

"One girl will bring an empire to its knees."  <----  Wow!  This sounds SO good, and the cover is beautiful.  This is definitely going on my wish list!

Posted by A Belle’s Tales at 1:59 AM
Email ThisBlogThis!Share to TwitterShare to FacebookShare to Pinterest
Labels: Book and Author Spotlight, Clean Teen