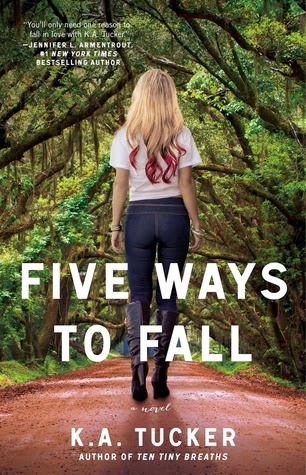 
Purple-haired, sharp-tongued Reese MacKay knows all about making the wrong choice; she’s made plenty of them in her twenty-odd-years. So when her impulsive, short-lived marriage ends in heartbreak, she decides it’s time for a change. She moves to Miami with the intention of hitting reset on her irresponsible life, and she does quite well…aside from an epically humiliating one-night stand in Cancun with a hot blond bouncer named Ben. Thank God she can get on a plane and leave that mistake behind her.

Football scholarship and frat parties with hot chicks? Part of charmer Ben Morris’s plan. Blown knee that kills any hope of a professional football career? So not part of the plan. Luckily Ben has brains to go with his knockout looks and magnetism. After three long years of balancing law school with his job as a bouncer at Penny’s Palace, he’s ready to lead a more mature life—until his first day of work, when he finds himself in the office of that crazy, hot chick he met in Cancun. The one he hasn’t stopped thinking about.

If Ben truly were a smart guy, he’d stay clear of Reese. She’s the boss’s stepdaughter and it’s been made very clear that office romances are grounds for dismissal. Plus, rumor has it she’s trouble. The only problem is, he likes trouble, especially when it’s so good-looking…

“‘Let you fall?
Reese, you should know by now that I’d never let that happen.’”

Reese MacKay didn’t believe in love at first sight until she laid eyes on Jared.  That’s when her heart betrayed her and she fell hard.  Unfortunately, that wasn’t the worst betrayal she would experience because Jared’s deceit shattered her and any faith she might have started to have in relationships.  She vowed then to never trust another man.  After taking a bit of revenge that ultimately landed her in jail, her favorite lawyer/stepfather bails her out and makes a valiant attempt to put Reese on the straight and narrow.  Aside from the unbelievably humiliating attempt to hook up with some hot guy in Cancun, she’s ready to get her act together and live man-free.  She has a brilliant mind, and she’s going to make her stepdad proud at his law firm.

Ben Morris is the ultimate ladies’ man.  He doesn’t pretend to love ‘em… he just blows their minds and then leaves ‘em.  Most people would be shocked to learn that Ben just graduated law school at the top of his class and has a very promising and lucrative career ahead of him.  But Ben’s content playing the man-whore because the only love connections he's interested in are one-night stands. He's seen what a real relationship can do to two people, and he's never going to let it happen to him.  He’ll work hard and make a name for himself at his new job – a prestigious law firm – but that doesn’t mean he'll forget how to have a good time at night.  He’s still chuckling over his last “almost” hook-up with the hot purpled-haired, pierced girl he met in Cancun. That one didn’t go exactly as planned.

Imagine Reese and Ben’s shock when they find themselves face to face at the law firm they’ll both be working at.  Readers, start your engines cause the fun’s about to begin…

I liked Ben in the previous installments of this amazing series.  He was great comedic relief as the sometimes lewd and always mischievous bouncer at Penny’s.  But as a main character?  I wasn’t sure – but since K.A. Tucker has changed my mind and turned my heart inside out in the past with previous beloved characters, I jumped at the chance to read Ben’s story.  And Ms. Tucker didn’t let me down in the least.  She made me love Ben – truly adore him.  His backstory is one of my favorites.  Meeting his family and being at the orange grove was fascinating – the grove was detailed so beautifully I could almost smell the oranges and feel the warmth of the sun… it was a place I didn’t want to leave and one I look forward to revisiting time and time again.

I was sold on Reese right away!  She’s funny and full of snark.  She’s tough without being too abrasive and just incredibly likeable.  I felt for her and the heartbreak she suffered.  I had so much fun rooting for her and Ben – if ever there was a perfect match, it’s these two!  Readers will love the hilarity that ensues in the dance that Ben and Reese do, but there’s a lot of emotion and depth in both characters that’s sure to pull every heart string.

“This ol’ house is falling apart, and it’s not because of loose shingles
or leaking pipes or a crooked porch.  It’s because it’s lost its family.”

The Ten Tiny Breaths series is one that I hold dear.  I have fallen deeper in love with this author and her characters with each addition to the series.  This ragtag group feels like family now, and it pains me to know their stories are coming to a close.  This is a series I could read forever.  K.A. Tucker is a favorite of mine, and I know I’ll fall in love with every character she gives me… and even though she’ll break my heart every chance she gets, she’ll always leave me smiling and craving more.

“Word to the wise:  If you have to fight over a guy, he’s not worth it.
Go for the one who’s waiting for you.”

So, I’ll take my Ten Tiny Breaths, and I won’t tell One Tiny Lie… ‘cause I’ve only got Four Seconds to Lose, and this author’s given me Five Ways to Fall. ; )