We are pleased to announce that Rumors by Erica Kiefer has been expanded into a full length novel. Better yet— it's still FREE! Not only did Rumors expand, but it got a brand new cover too! Check out the new and improved full length version of Rumors, A Lingering Echoes Prequel by Erica Kiefer today! 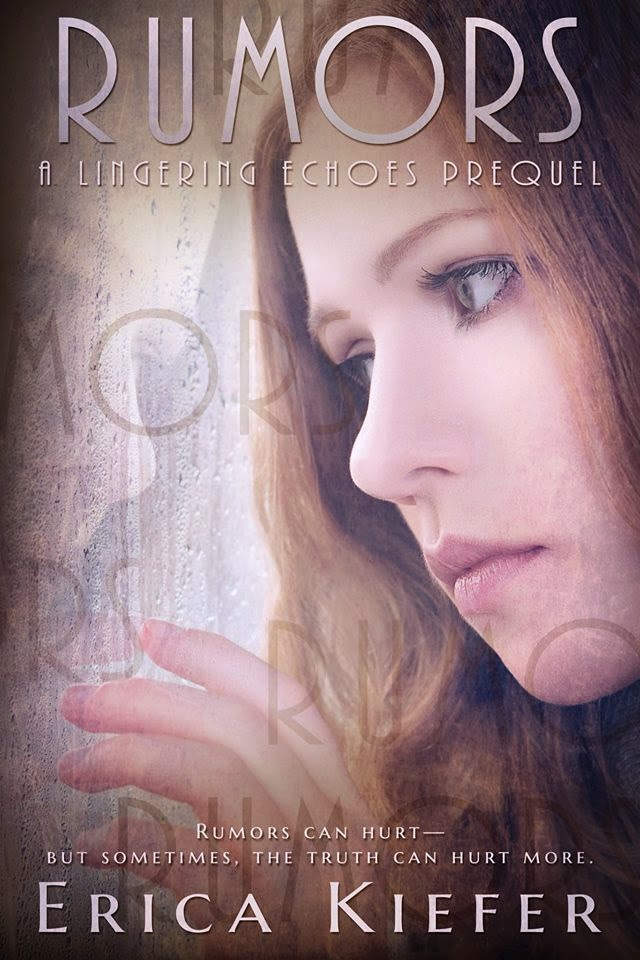 Seventeen-year-old Allie Collins would rather hide behind rumors than face the truth—her life will never be the same as it was before the accident. As a star athlete grieving in the shadows, she hopes to find normalcy in boys and basketball. When her best friend sets her up with the popular Shane Moretti, Allie drags her feet, reluctant for added complications. Then she decides that dating Shane would be the perfect shield from last summer’s tragedy. However, what starts as a mere distraction proves much more complex. As Shane leads Allie into questionable situations, gossip continues to swirl.

Battling for her own identity while barricading painful emotions, Allie won’t escape her senior year without new wounds. After all, tragedy is no stranger to her. The events that unfold will draw readers deep into a well of emotion in Rumors, a Lingering Echoes Prequel.

Did you already read Rumors? Are you wondering what has changed in this new edition? The new re-release of Rumors has more than 20,000 words and additional scenes added to better tell Allie's story before she meets Damien in Lingering Echoes. Also, if you have any trouble getting the new version from Amazon, you can either remove the book from your device and upload it again or you can upload the new Kindle version from Smashwords. Both copies are free. The updated version of Rumors will be coming soon to the Nook and iBookStore. 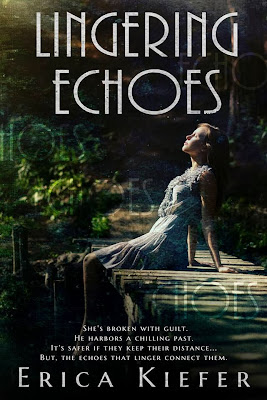 “You can’t change the past… no matter how much you want to.”

If only Allie Collins could go back to that tragic day one year ago, perhaps she could escape the guilt that haunts her. In reality, there was no altering her cousin’s death or the role she played.

Then she meets Damien Michaels, a dark-haired stranger on a dirt bike, who seems to watch Allie and know more about her than he should. Veiling his own secrets, including a mysterious scar and unexplained tattoo, Allie knows she shouldn’t trust him—especially as she digs up a past Damien desperately wants to forget. She also doesn’t believe in summer romances, yet she finds her attraction to him growing beyond his striking grey eyes. Unfortunately, Allie discovers too late that he is hiding a dark past which is far from over, endangering her life and those she loves. 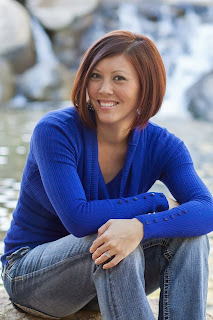 Erica Kiefer was born on Christmas Eve in Southern California to an American father whose ancestors arrived from Europe during colonial times and a Thai mother who moved to the US during high school. Adding to her rich and varied heritage, Erica grew up living abroad in Asia, including Taiwan, Fiji, Thailand and Indonesia. She gained a great respect for the beautiful mosaic of cultures found in various parts of the world. After graduating from International School Bangkok, she attended Brigham Young University in Utah, where she earned a degree in Recreation Therapy. Her career as a Recreation Therapist has allowed her to work with at-risk youth since 2007.

Erica made the best decision of her life by marrying her husband in 2005 and is currently a mother of three, one of whom awaits her in heaven. Erica also loves singing, reading, writing and satisfying her sweet-tooth with chocolate-chip cookies. Playing collegiate rugby was one of the most memorable experiences of her life, thus far.

Check out our huge selection of amazing reads!
There's sure to be something for every reader!

BE THE FIRST TO KNOW about our GIVEAWAYS, NEW RELEASES, COVER REVEALS and MORE!
Join our VIP Mailing List!
WWW.CLEANTEENPUBLISHING.COM

Posted by A Belle’s Tales at 3:25 AM
Email ThisBlogThis!Share to TwitterShare to FacebookShare to Pinterest
Labels: Book and Author Spotlight, Clean Teen, Erica Kiefer, Novellas