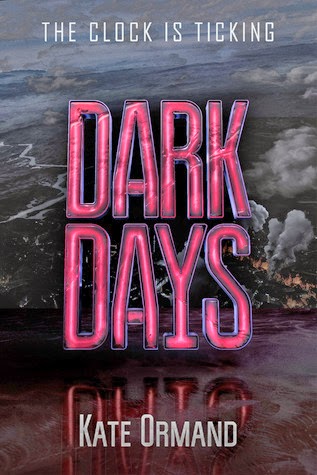 The future world has been divided into sectors--each the same as the other. Surrounded by thick steel fences, there is no way in and no way out. Yet a cyborg army penetrates each sector, picking off its citizens one by one, until no one is left. Behind the sectors' thick walls, the citizens wait to die. Few will be chosen to survive what's coming; the rest will be left behind to suffer. A new world has been created, and its rulers are incredibly selective on who will become a citizen. They want only those with important roles in society to help create a more perfect future.

Sixteen-year-old Sia lives in one of the sectors as part of a family that is far too ordinary to be picked to live. According to the digital clock that towers high above her sector, she has only fifteen days to live. Sia has seen the reports and knows a horrific death is in store for her, but she is determined to make the most of her final days. Sia refuses to mourn her short life, instead promising herself that she'll stay strong, despite being suffocated by her depressed mother and her frightened best friend. Just when Sia feels more alone than ever, she meets Mace, a mysterious boy. There is something that draws Sia to him, despite his dangerousness, and together, they join a group of rebels and embark on an epic journey to destroy the new world and its machines, and to put an end to the slaughter of innocent people.

Sia knew this day was coming, and she’s going to make the best of her final days.  Her world is divided into sectors, the occupants of which are imprisoned and at the mercy of their leader Damien Hoist.  He decides their fates – who is worthy of being selected to move to the New World and who will remain behind to watch the clock count down to their death.  A vicious mass murder carried out by machines that leaves no one alive.  There is no escape; nowhere to hide; and for Sia and her family, absolutely no chance of survival.

Sia has a list of things she wants to do and experience before the machines come – but things are not going according to plan.  Her dad’s keeping her in the dark about something, her mom has completely lost it, her best friend has shut her out, and she has a new friend who’s made it his sole purpose to protect her.  But Sia is not helpless – she wants to learn to protect herself, and she soon realizes that she is not without hope after all.  She has some dangerous ideas and concocts a daring plan that could very well save her life and all those she loves.  If her plan works, it will be a new beginning… but if she fails, it could be the end of them all – even before the clock runs out – and Sia may find out that there truly are some things worse than death.

One of my favorite aspects of the book was that, instead of the usual chapter count, each chapter title is a countdown to how many days Sia and her sector have left before the machines come to destroy everything.  This was a brilliant way to channel Sia’s fear and desperation into the reader.  Every time I’d begin a new chapter and see that we were another day closer to doomsday, my heart would beat a little faster and I would feel as panicked as Sia did.

Even though the attraction between the two MC’s felt rushed at times, I wasn’t completely turned off by it given that these characters have only days left to live.  They want to experience things they’ve only dreamed about, and well… no time like the present.  Mace is a very interesting character; and although there is more to him than good looks and gorgeous tattoos, I did find his ink very intriguing – especially the one depicting a butterfly whose body is that of a warped old-fashioned clock.  It represents the two things they don’t have: time and freedom.

I’ve been on a contemporary romance kick lately, so Dark Days was a nice change of pace for me.  It’s been a while since I’ve read a dystopian, and this was an enjoyable read.  I really liked the author’s writing and the vivid details used to describe Sia’s final days before the destruction of her sector.  So many Young Adult novels lately really push the boundaries on what’s appropriate for younger teens.  I’m happy to report that Dark Days is ideal for those young readers who crave an action-packed story with light romance but are far from being ready for more mature scenes.  This is perfect for my teenager and I can’t wait to grab this one for her shelf.  I appreciate that even though there is more story to tell, the author gives a good conclusion with no irritating cliffhanger. I recommend this to young fans of dystopians, and I look forward to reading more of Kate Ormand’s work.

I received a copy of this book from Edelweiss in exchange for my honest review.

Posted by A Belle’s Tales at 2:00 AM
Email ThisBlogThis!Share to TwitterShare to FacebookShare to Pinterest
Labels: ARCs, Book Reviews, dystopian