Waiting on Wednesday (39): The Hound at the Gate by Darby Karchut and The City by Dean Koontz 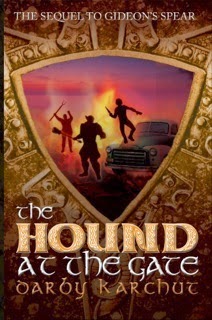 Autumn: the season of endings. And beginnings.

Especially for one young apprentice.

At the annual Festival of the Hunt, thirteen-year-old apprentice goblin hunter Finn MacCullen and his master, Gideon Lir, join other Tuatha De Danaan to honor their people’s heritage. But Finn soon realizes that there are some who denounce his right to attend due to his half-human bloodline.

As he struggles to keep his place by his master’s side, he finds himself embroiled in a decades-old grudge between Gideon and another Knight, bewildered (and beguiled) by a female apprentice with a temper as explosive as his own, and battling a pack of goblins determined to wipe out the entire camp in a surprise attack.

It’s going to take some fancy knife work, the help of a female Knight with a lethal bow, and one old pick up truck to defeat the goblins and prove to his people that Finn’s blood runs true-blue Tuatha De Danaan.

We both adore Darby Karchut, so this is actually one we're both waiting on.  We can't wait to see what happens next for Finn and friends. 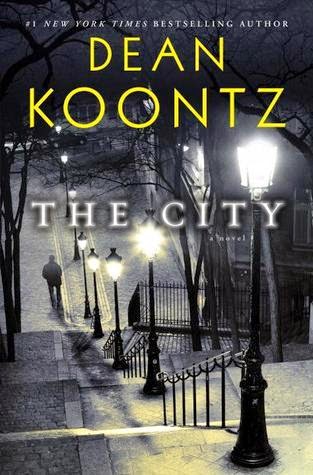 There are millions of stories in the city—some magical, some tragic, others terror-filled or triumphant. Jonah Kirk’s story is all of those things as he draws readers into his life in the city as a young boy, introducing his indomitable grandfather, also a “piano man”; his single mother, a struggling singer; and the heroes, villains, and everyday saints and sinners who make up the fabric of the metropolis in which they live—and who will change the course of Jonah’s life forever. Welcome to The City, a place of evergreen dreams where enchantment and malice entwine, where courage and honor are found in the most unexpected corners and the way forward lies buried deep inside the heart.

I'm intrigued by this synopsis, and I'm in need of a little Koontz right now -- the next Odd Thomas book isn't releasing for a while, and I'm having Oddie withdrawals.  Hopefully this book will help!

Posted by A Belle’s Tales at 12:30 AM
Email ThisBlogThis!Share to TwitterShare to FacebookShare to Pinterest
Labels: Darby Karchut, Dean Koontz, memes, WoW