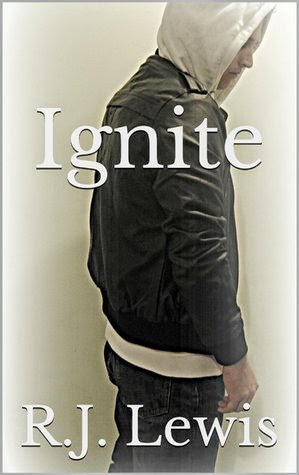 They grew up together as the closest of friends... and then more. When Sara Nolan and Jaxon Barlow decided to be together, their relationship as a young couple was consumed by a love that was both passionate and beautiful. Sara had it all when it came to a boyfriend: romance, trust, and a protector of all things bad. Jaxon had given her his bleeding heart for the keeping. The last thing Sara expected was to ruin it all. Falling into a darkness that turned her loving relationship into a chaos of deceit and violence, she walked away from the pain she was inflicting on the man she loved, never seeking to return again. But when Sara is forced to return to her hometown, she didn't anticipate for Jaxon to be there. Nor does she anticipate the change in him; a change so harsh and callous, he is a stranger with a dangerous agenda of his own. Ignited by her past feelings and the reminder of the guilt she carries in her heart, Sara attempts to avoid Jaxon at all costs… only to find herself trying to pull him out of the same darkness she was once in. 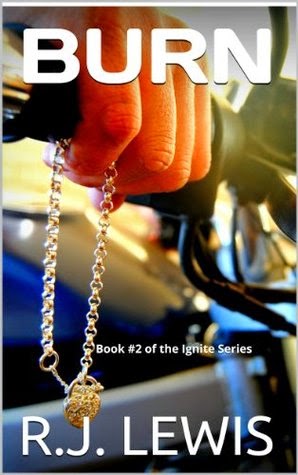 Burn picks up where Ignite ended.

Sara is in the hands of Remy "Reaper" Martinez, the VP of the much feared Black-backed Jackals MC.

Following a violent altercation that leaves Sara's life in jeopardy, she is thrust into the world of the Jackals where trusting people is tricky... especially when there's a mole in the midst.

A mole that answers to one man and one man only: Jaxon Barlow.


**WARNING: There are many adult situations in this book that might be offensive to some readers: sexual situations (non-consensual and consensual) and strong language especially. Book is intended for mature readers.****

“And like a magnet, I drew nearer to his flame, awaiting for him to ignite me and swallow me into his hopeful world where happiness is made possible with kind words and soft gestures.”
This series consumed me for several days… long after I read the last page.  What I thought was going to be another angst-riddled, albeit good, story of young love and heartbreak turned into something I never expected.  We start out with sweet eight-year-old Sara being terribly bullied not only at school but also by her neglectful and abusive parents.  Sara’s life is completely changed the day 10-year-old coolest-boy-in-middle-school Jaxon steps in and rescues her from her childhood tormentor.  He makes her his “gofer”; and after months of doing his bidding, she becomes his friend.  Once Jaxon’s mother meets Sara, Sara’s life only gets better.  Throughout high school and even after Jaxon graduates, the two are inseparable – the very best of friends.  But one night changes everything.  Their relationship takes a step in another direction, and they discover the love they’ve always shared has grown into something new and beautiful.  Happily-ever-afters just aren’t ever that easy, though, are they?

“And I was completely oblivious of the darkness that loomed inside of me;
a darkness that would follow me and wait for the perfect moment
to strike and destroy everything I held dear.”

I struggled with the next portion of the book due to Sara’s behavior.  Having the information I do now, I get it… but it doesn’t make it any easier to read about what she put Jaxon through.  My heart shattered over what he suffered.

After several years of separation, the two come face to face; and this is where most of the books I read lead to a dramatic show-down and then reconciliation, right?  No.  Oh my, no.  The turn this book took  was so unique and so mind-blowing.  I became OBSESSED.  I’ve never read a book about gangs – or bikies, as they’re known in this story with the Aussie vernacular.  Suspicious characters from the beginning of the book take center stage; and what follows is so intense, my heart was beating nearly out of my chest.

While there was some closure, the book ended with a cliffhanger – and I swear to the heavens, had I not been able to immediately download the next and final book from Amazon, I would have thrown a bona fide southern belle hissy fit: 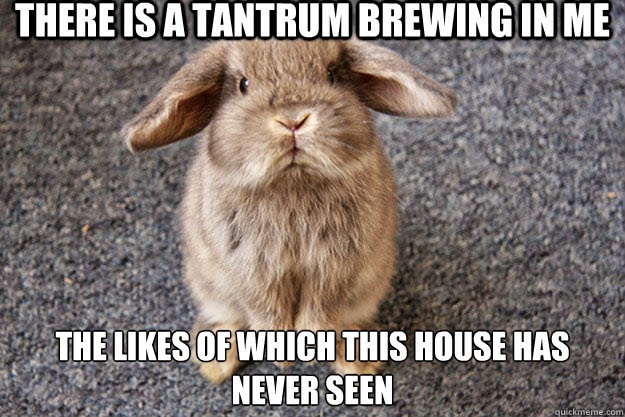 Both Ignite and Burn are so incredibly reasonably priced – only 99 cents each. So don’t let the fact that Ignite ends with a cliffie sway you from the series – just grab them both.  While Ignite seems to be the favorite book of reviewers, it was Burn that took first place for me:

“She was a match, lit with fire the second he drew near.
And if he got close enough, she ignited him, and together they burned.”

The dust didn’t even settle from Ignite before I was diving into Burn, the series conclusion.  While some may not appreciate the incredible turn this story took, I reveled in it.  I can’t say much about this second installment in order to avoid spoilers and because it is pertinent that Ignite is read first. We get to know Remy in this story, and while my head said I shouldn’t like him after the things he’s done… it could not get that memo across to my heart.  Remy will stop at nothing to keep his Sara away from Jaxon and those he is affiliated with.  He’ll keep her safe; and he knows, in time, Sara will feel the same way about him that he has always felt about her.  This was my favorite of the two books.  I was so absorbed with this story and read it with a lump in my throat.  It’s been a while since a storyline made me this nervous.  I honestly wasn’t sure who would win this; but whoever didn’t, I knew my heart was going to hurt.  R.J. Lewis captivated me with this sequel and made me love not just one but two characters even when I knew I shouldn’t.

“‘But love isn’t rational.  It’s a f*cking mess, that’s what love is.’ … Love was a different entity altogether.  It picked and chose what it wanted.  It disregarded logic – hell, it shat on logic – and then it buried away the pain and embraced the heart with feelings so euphoric, you’d forget all the bad just to feel it, even for a minute.”

While we get a solid conclusion to the story with Burn, I am thrilled that other standalones of characters from the series are in the making.  A completely unique and mesmerizing series set in the Australian outback that tackles dark and sensitive subject matter in a truly beautiful way.  Ms. Lewis just landed herself on my auto-buy list.

“Because [he], too, had reached the end of the line.
He’d given it all he had.  What he had wasn’t enough, and it never would be.”

“He loved her enough to let her go.”