Review: Some Like It Wild (The Wild Ones #2) by M. Leighton 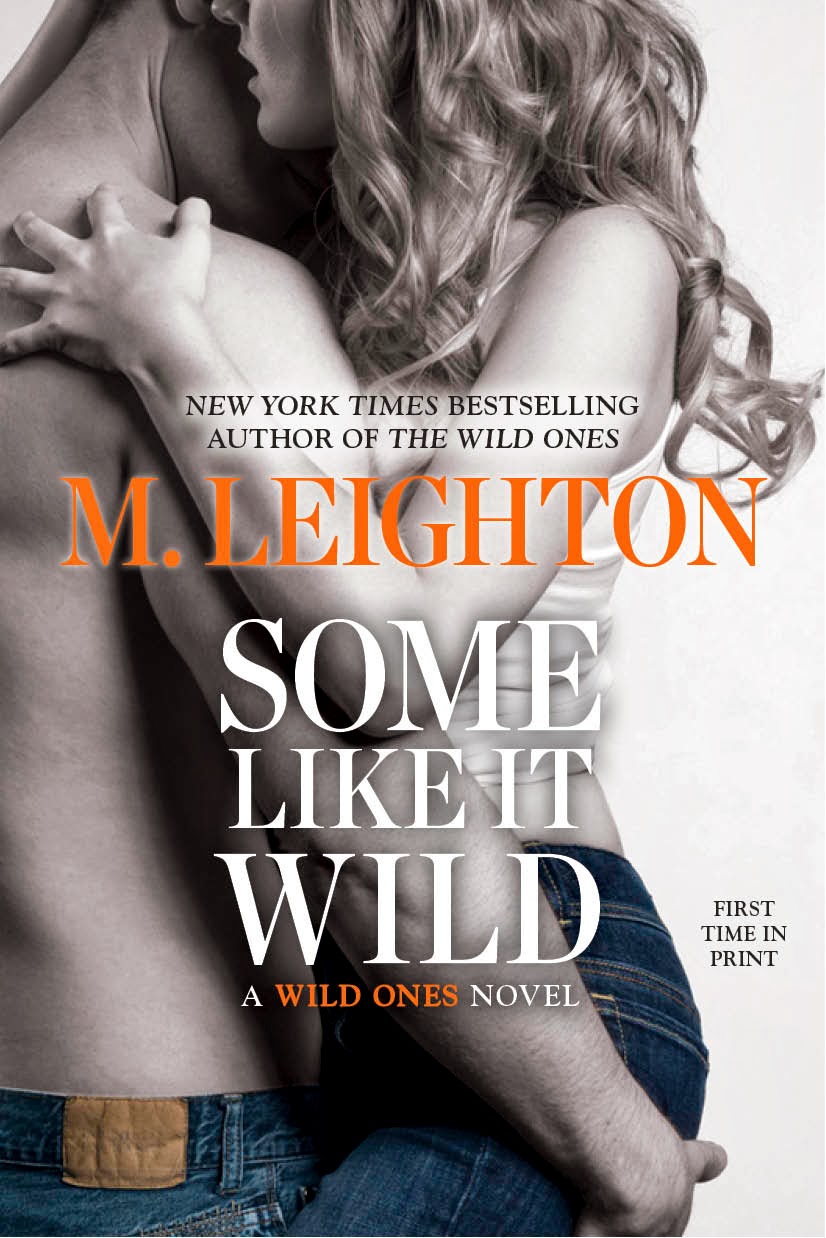 How far will a good girl go for the bad boy she loves?

Laney Holt is a preacher’s daughter. A good girl.  Her only goal was to get married, have babies and live happily ever after, just like her parents. Only that didn’t happen.  With the betrayal of two people closest to her, Laney’s dreams came crashing down. Now she’s left with an empty space she doesn’t know how to fill. Until she meets Jake Theopolis, a daredevil with a death wish who has heartbreaker written all over him.

Jake has no interest in thinking beyond the here and now.  All he wants out of life is the next rush, the next “feel good” thing to keep his mind off the pain of his past. His latest rush?  Showing Laney there’s more to life than being a good girl—and that going bad can be so much fun. Her only concern now is how she can ever hope to satisfy the wild side of a boy like Jake. She’s looking forward to trying. And so is Jake.

“Because trusting everyone else has gotten you nowhere.
Take a chance for once in your life.  Take a chance on me.”

Michelle Leighton writes the most amazing characters.  She has given us book boyfriends and book lovers one after the other.  And Jake Theopolis is no exception – he might even be my favorite.  But in Some Like It Wild, Ms. Leighton gave this reader something even better than a fictional boy crush – something that I find rare in my reads… she gave me a female character who I related to so well that I think I have my first book soul sister.  I ADORE Laney Holt!  Not to get too personal, but Laney and I share a background so similar that it’s almost uncanny.  A preacher’s daughter, Laney grew up in a small southern town where everyone knows everyone.  As we say in my hometown… if you forget what you were doing, just ask your neighbor.  They’ll remind you and then tell you how you should have done it to begin with.   As all good parents do, the Holts want the very best for their daughter, especially when it comes to settling down and sharing her life with her perfect fiancé Shane.  But Laney knows Shane is far from perfect.  It’s why she broke off their engagement and then took a paralegal case in her hometown.  Space and the love of family and friends are just what her heart needs. But she didn’t count on how much support everyone would offer… to her ex-fiancé.  I mean he is a “GOOD” man after all – a lot better than bad boy Jake Theopolis, whose estate Laney is managing.  Jake has a well-earned reputation, which suits him just fine.  Anyone with two eyes could see that Shane would be a much better match for Laney.  Well, looks can be deceiving.  So deceiving in fact, that the one man a whole town would label as wrong might just be the best and most right man Laney could ever hope for.  But can straight-laced Laney learn to loosen up and be the girl that she truly wants to be?  And is she willing to let Jake show her the way?


“She wants to argue.  I can tell.  But she’s too polite.
Southern girl all the way to the bone.”

If anyone can show a woman an amazing time, it’s sexy bad boy Jake.  He doesn’t do relationships, and he doesn’t get attached; but the one thing he can’t walk away from is a challenge.


“Jake lowers his head and looks me square in the eye.
‘Because I’ve got a thing for forbidden fruit, Laney Holt.
Consider yourself warned.’”

And what could be more challenging than the local preacher’s daughter?  Laney comes across as prim and a little uptight, but she’s just about the prettiest thing Jake’s ever seen – and sexy without even trying.  Jake left Greenfield for a reason, and all he wants now is to get his family’s estate settled and make sure their orchard doesn’t fall into the wrong hands – but it won’t hurt to have a little fun on the side, and nothing could be more fun than showing Laney how to live a little.

“Whatever it is she’s running from, I can take her mind off it.  I’ll give her something much more enjoyable to think about if she’ll let me.
And she will.
She’s already mine, whether she realizes it or not.  We can be the perfect distraction for each other while we’re in town.”

But what Jake doesn’t need is one more complication.  He knows he’s completely unlovable – his past speaks for itself.  Now he just needs to make sure Laney can play by the rules of this game – nothing permanent, and definitely no real connections.  Then why is it that every single blasted thought he has ends up being about her??

Will the preacher’s daughter and the lascivious fireman heat up this sleepy town?  Or will they both go down in flames?

A stunning and beautiful story that is full of sexy times, fun thrills, discovery, and – most importantly – the possibility of real love.  A book I will want to read over and over again that gets a special spot on my shelf and puts three bags of marshmallows on my grocery list. <-- You’ll get it when you read it… and you HAVE to read it.  A must-read series that will leave you begging for more.


“Some like it wild, but not me.  At least not forever.  I still want the same things.
A man to love me more than anything.  A man to put me and our family first.
A man to build a life with.  And I’m not crazy enough to think that Jake is that guy.
I might be crazy enough to wish he was, though.”

A huge thank-you to M. Leighton for my gorgeous copy of Some Like It Wild and for the characters and story that own my heart.

You can get your copy of SOME LIKE IT WILD here: 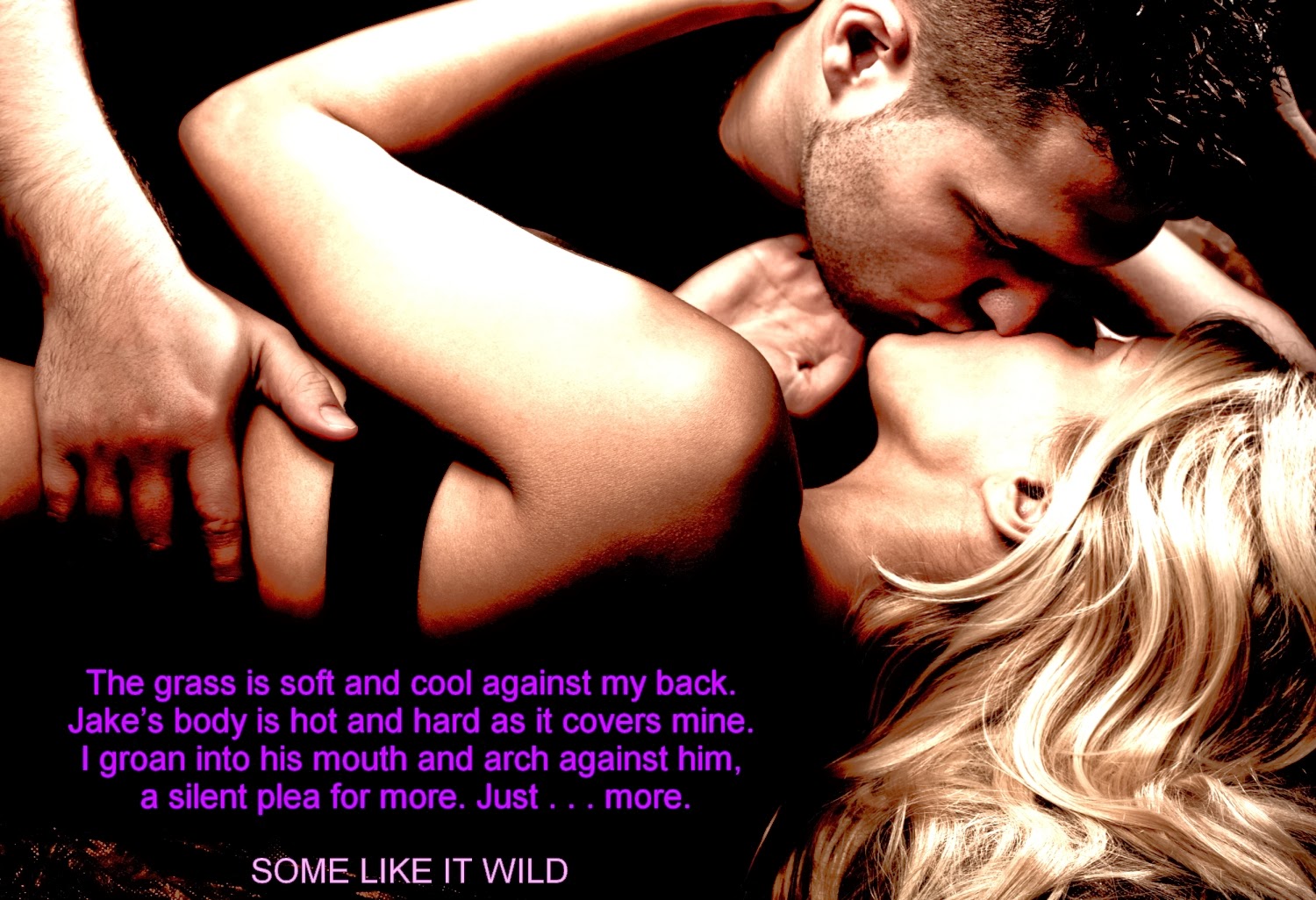 New York Times and USA Today Bestselling Author, M. Leighton, is a native of Ohio. She relocated to the warmer climates of the South, where she can be near the water all summer and miss the snow all winter. Possessed of an overactive imagination from early in her childhood, Michelle finally found an acceptable outlet for her fantastical visions: literary fiction. Having written over a dozen novels, these days Michelle enjoys letting her mind wander to more romantic settings with sexy Southern guys, much like the one she married and the ones you'll find in her latest books. When her thoughts aren't roaming in that direction, she'll be riding wild horses, skiing the slopes of Aspen or scuba diving with a hot rock star, all without leaving the cozy comfort of her office.

Michelle loves to hear from readers! You can find her (and she will chat your ear off) here: 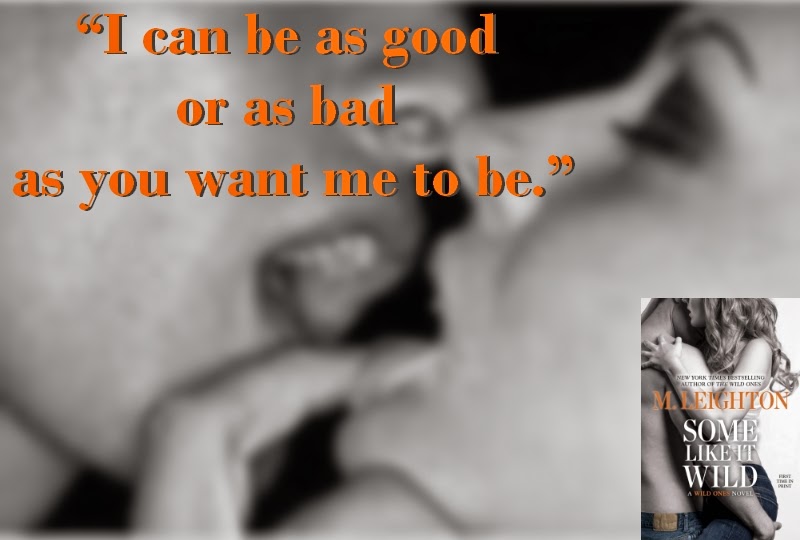 Posted by A Belle’s Tales at 3:27 PM
Email ThisBlogThis!Share to TwitterShare to FacebookShare to Pinterest
Labels: Book Reviews, Favorites, M. Leighton, The Wild Ones