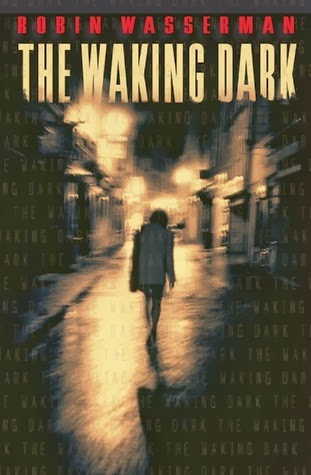 They called it the killing day. Twelve people dead, all in the space of a few hours. Five murderers: neighbors, relatives, friends. All of them so normal. All of them seemingly harmless. All of them now dead by their own hand . . . except one. And that one has no answers to offer the shattered town. She doesn't even know why she killed—or whether she'll do it again.

Something is waking in the sleepy town of Oleander's, Kansas—something dark and hungry that lives in the flat earth and the open sky, in the vengeful hearts of upstanding citizens. As the town begins its descent into blood and madness, five survivors of the killing day are the only ones who can stop Oleander from destroying itself. Jule, the outsider at war with the world; West, the golden boy at war with himself; Daniel, desperate for a different life; Cass, who's not sure she deserves a life at all; and Ellie, who believes in sacrifice, fate, and in evil. Ellie, who always goes too far. They have nothing in common. They have nothing left to lose. And they have no way out. Which means they have no choice but to stand and fight, to face the darkness in their town—and in themselves.

A very dark and intense read.  At times I didn't want to look, but I had to keep turning the pages because I didn't dare look away!  That was mostly due to the gore because, truth be told, I didn’t find this read as scary as it was hyped up to be.  I read a lot of Stephen King and Dean Koontz in my younger years, so perhaps I have some immunity to that particular aspect.  There were things that were unsettling to read in this story; and while my teen doesn’t scare easily, I still can’t put this one in her hands due to the language and sexual situations.  I definitely think this is more in the older YA category.  The author’s writing is solid with well fleshed-out characters. The multiple POV’s were handled nicely, but I can’t help but wonder if the reason I never connected with any one character in particular was because there were so many.  All in all a good read that, while not blown away, I certainly wasn’t about to stop reading until I reached the end.

Posted by A Belle’s Tales at 12:24 AM
Email ThisBlogThis!Share to TwitterShare to FacebookShare to Pinterest
Labels: Book Reviews