Early Review: Song of the Fireflies by J.A. Redmerski 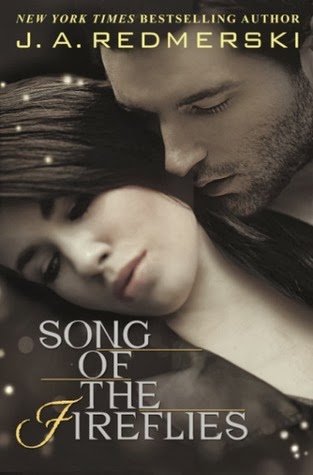 Since they were kids, Elias Kline and Brayelle Bates have been inseparable. When Bray moves to South Carolina, separating the two for the first time, they both at last realize that their innocent childhood friendship has developed into something much more. So when Bray finally returns to Georgia—and to Elias—things between them couldn’t be more perfect…until one fateful night changes everything.


Desperate not to go to prison for a terrible accident, Elias and Bray decide to run. As they try to make the most of their freedom, the two find themselves relying on a rebellious group of people who tempt the duo into a wild and daring new life. But they can’t run from their troubles forever.

As the consequences of their past catch up to them, the couple must finally face reality. Even if they can make it through the unimaginable, Elias knows the truth about Bray’s painful history, and in the end he may not be able to save Bray from herself…

When Andrew and Camryn first met Bray and Elias in The Edge of Always, I knew this couple had a secret.  And when I read an excerpt of Song of the Fireflies?  I had to know just what that secret was!  From the opening that drops readers smack-dab into a very bad and dangerous situation to taking a trip back in time to see how it all began, I was immediately pulled in.  8-year-old Elias and Bray absolutely melted my heart.  The innocence of their childhood and the love they have always felt for each other was beautiful.  It completely captures the feelings of first love, and I became so caught up in their story and the journey they took together.  As they grow older, they grow closer, becoming best friends that wouldn’t know what to do without one another.  But after a bit of experimenting as teenagers and the desires they experience once they reach adulthood, they both know they feel more than friendship for each other.  The fear of taking that next step and risking their relationship all but paralyzes Bray, but Elias knows they belong together.  It’s convincing Bray that sets the whole destructive story in motion.

Their story is an intense one, and some of the things that occurred I read with a heavy heart.  I felt terrible for Bray and the turmoil she lives with, but I was absolutely gut-wrenched for Elias.  Watching someone you love more than life struggle with such demons on a daily basis and not being able to reach them or stop them from hurting themselves is incredibly tragic.  I was so frightened for them both.  I feel that readers will be conflicted with this story, and it really is an intense and emotional read that deals with some very delicate issues.  Bray is not an easy girl for readers to love, but that’s what makes her Bray.  She builds these walls around her and protects herself by not letting anyone in – even at times, the readers.  Elias is a good man.  He was raised to follow his heart and do the right thing.  He does his best to live by that, and he will go to the ends of the earth for Brayelle.  It’s hard to watch someone love a person so much that it borders on unhealthy for them both – especially when poor Elias is being put through the ringer.  But everyone deserves someone who won’t give up on them – someone who loves them unconditionally and who will always be in their corner.  Bray has that in Elias, and thank God she does.

Although I found a couple of things unsettling in the story, I found many things to love.  This book is a standalone, which I adore.  There is no abrupt ending, no cliffhanger.  While I won’t say whether it’s a happy ending or not, readers are given a solid conclusion and everything comes full circle in a truly beautiful way.  Ms. Redmerski tells a story full of heartache and love and one I hope will reach and encourage those who may suffer as Brayelle does.

I received an ARC from the publisher via Netgalley in exchange for my honest review.

Posted by A Belle’s Tales at 10:01 AM
Email ThisBlogThis!Share to TwitterShare to FacebookShare to Pinterest
Labels: ARCs, Book Reviews, New Adult