Book Series and Author Spotlight: Sonora and the Eye of the Titans by Travis Hall 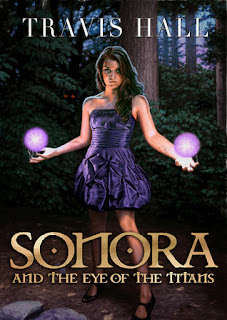 Sonora and the Eye of the Titans

Percy Jackson meets I Am Number Four in this epic young adult fantasy series that answers the question, what if the gods of ancient civilizations were merely aliens?

Thousands of years ago, human civilizations were slaves to gods & titans. In truth, these beings were aliens from a world called Sonora. A war broke out that ended their rule on humanity, led by the famously known, so-called gods of ancient civilizations.

Victorious, the gods of Earth established an order of Guardians, tasked to defend humans against the unauthorized passage of Sonorian invaders.

Many years later, the balance of power shifts, and the King of Sonora is murdered by a malevolent General who seeks ultimate power. As this new King’s power grows, evil forces takeover in Sonora, and eventually push that world toward the brink of war. The Guardians of Earth are now at a precipice, and their only hope is to protect the Sonorian rebellion and hope that they can find a way to defeat this new King before he amasses an army large enough to invade Earth.

Sasquatch, one of the most famous Guardians, monitors the gateway in North America where a group of Sonorian rebels have assimilated into the small mountain community of Sandy, Oregon. His task becomes even more complicated when he learns that he must protect the last bloodline of the rightful heir to the Sonorian throne.

Allora is unaware of her alien and royal heritage until she becomes the victim of a malicious prank. Embarrassed in front of her peers, her emotions become overwhelming, causing her hands to burst into flames. The sudden and public outburst projects an energy signature that attracts assassins to the small town.

Allora and her friends Tanner, Dax, and Katie must learn the ways of combat, master the art of the sword, and harness the ability to focus energized molecules, called hadrons, in order to meet their destiny and become true Sonorian warriors. Their only hope for survival is an ancient artifact, known as the Eye of the Titans.

To find it, Allora, Katie, Dax, and Tanner must solve complex riddles, fight mythical creatures, and navigate a magical cavern maze, all the while enduring advanced calculus, jealous cheerleading girlfriends, and the much anticipated prom. 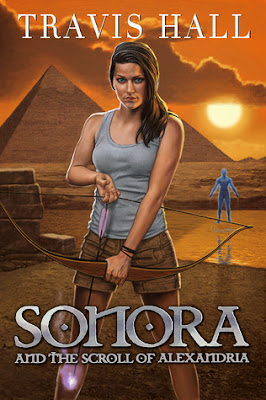 Unsure of how to use the Eye of the Titans, Allora, Tanner, Dax, and Katie go in search of answers. The key to unlocking the orb's mysteries may lie in an ancient scroll that was lost at the end of the Titan Wars. Searching in the secret rebel base Shangra-La, Allora finds information that will lead them down a path of danger, and bring them face-to-face with one of the most dangerous of enemies.


At the end of the Rebel Wars, a sleeper agent, code named Hades, wreaked havoc among the rebellion. The information he passed on to the King of Sonora led to the death of many high ranking agents in a secret organization called the Order. With his assassins dead, the King decides to activate Hades.

The only way that Allora, and her friends, can expose the traitor is to find the one item that he covets most. Hades is after an ancient scroll from the lost city of Alexandria, which carries a key piece of information that could lead to the destruction of Earth. Allora will test her limits, face new enemies, and figure out that in the game of secrets, no one is safe.

I'm a writer, skier, and wanderer. I grew up in Portland, Oregon, but currently live in the beautiful mountain resort town of Sun Valley, Idaho. I love history, mythology, and the fantastical interpretations that have been incorporated in my debut YA Urban Fantasy called the Sonora Series.


Find out more about Travis here:

Posted by A Belle’s Tales at 11:56 PM
Email ThisBlogThis!Share to TwitterShare to FacebookShare to Pinterest
Labels: Book Spotlight