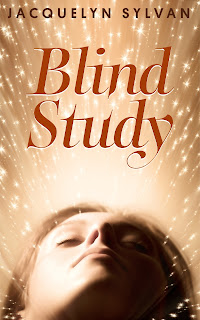 Eighteen-year-old Alice has spent the last year of her life in a hospital bed, held hostage by pain from a freak accident. Doctors can neither explain nor cure her condition, and her medical insurance is about to run out. Then, she’s offered one last chance—inclusion in a study for a revolutionary new pain medication.

Miraculously, the medication works. There’s only one side effect—vivid, terrifying nightmares, of imprisonment in a pitch-black cell, with no memory of her identity or how she got there. At least, she thinks that’s all they are, until someone from her dreams shows up in real life.

When other sinister happenings cross the boundary between dreaming and waking, Alice must choose: return to a half-life of isolation and agony, or confront the malevolent force behind the dreams, before she and those she cares about are trapped in their nightmares forever. But by the time she makes her choice—it may already be too late.

On the day it happened, I was out for a hike with Jonathan. It was, we both knew, the last hike we’d be taking together for a long time, possibly forever. We’d graduated high school in the spring, and in less than a week, we were headed to college—Jonathan to California, me to Maine. We hadn’t talked much about it, but I, at least, was quietly realistic about the chances of our relationship surviving the separation.
Since it was an undeclared special occasion, we made the hour drive to Glen Wahnetah to see the falls. If you’re familiar with the park, you know they now have safety rails leading up the mountain to the falls. If you don’t know what prompted the decision to install them, you’re about to find out.
As we walked, I kept Jonathan to the outside, between me and the sheer sixty-foot-or-more drop the trail skirted. I wasn’t a fan of heights, never have been, and stepping within even three feet of the edge gave me the sort of shiver that reminds you intensely of your bladder.
I’d been here before, but never on a weekend, and I was shocked and a little horrified to see there were people up here with strollers. Kids running amok, scampering over spray-slick rocks where the path narrowed ahead and met the falls, screaming and chasing each other with sticks mere feet away from the yawning chasm.
As we came around a curve, a woman and man stood with their infant, safely strapped into his stroller, and an unrestrained little girl in a white dress with tiny strawberries printed all over it, her cornsilk hair in little red plastic barrettes. She couldn’t have been more than three. While Mom and Dad struggled to unwedge a bushy branch from the wheel of the stroller, Little Miss Strawberry bolted toward the seductively forbidden cliff edge.
I remember saying, “Whoops!” A high pitched, light-hearted warning, meant to stop the girl, or slow her down. When she didn’t stop, I darted across Jonathan in a few long strides, meaning to step between the baby and the ledge.
But the grass tuft I stepped on was a lie; it curved out and over the edge of the cliff with no solid ground beneath it. One minute I was walking on my own two legs; the next, the cliff was gone, and my body was full of hollow, jolting terror. The ground was so abruptly not there, I didn’t even have time to try and catch myself.
I remember trying to force my body to go limp as I curled into a loose ball, protecting my head and face as I bounced off the rocks, down and down and down. Through the bump and crack and rattle, I could faintly hear screaming. I’m still not sure whether the screaming was my own, or if it belonged to the people watching me fall.
When I landed, spread-eagle on my back at the bottom, I had a broken leg and wrist, a few cracked ribs. And I knew that. I remember looking up at the cliff, faint with the knowledge I’d fallen all that way, and all I had was a few broken bones and some bumps and bruises. For a moment, I was the luckiest girl in the world.
Until the basketball-sized boulder I’d dislodged in my fall dropped like a cannonball onto my lower belly. The world flared red, and disappeared into black.
I don’t remember much else: flashes of people yelling my name, telling me to hang on, during the six hours it took a rescue crew to get me out. They had to bring in climbers and one of those special basket-stretchers. I’m told I was awake, but all I did was scream. Sometimes I wish I could still get away with that.
The girl’s family wanted to visit me, once I’d been through surgery a few times and been stabilized, but I refused to see them. Even if I managed to keep my mouth solely to the words, “Thank you for coming,” and “Nice to meet you,”…I didn’t think I could disguise the hatred in my eyes. For the parents, who decided to bring their infant children to the top of a cliff and not keep an eye on them. And yes, for Little Miss Strawberry. I probably would have given my life for her, if death was all I had to face. But now I was trapped, and burning, and if I’d known at the moment Strawberry bolted what I’d be forced to endure…I might have stayed put.
This is the person I was now, all humanity and kindness and nobility stripped from me. All that was left was pain, and the poisonous bile it produced. 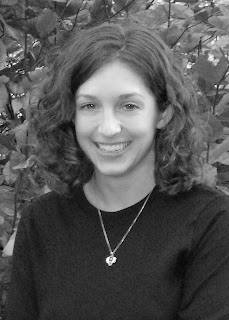 Before Jacquelyn Sylvan became a writer, she worked as a waitress, video store clerk, trail-riding guide, and veterinary technician, among other things. She’s a few inches shy of five feet tall, which means she’s sometimes mistaken for a child when she rides her bike, and often looked at suspiciously by amusement park ride operators. When she’s not writing, you’ll probably find her watching Vampire Diaries or trying to warn people about the impending penguin apocalypse. Jacquelyn lives in Pennsylvania with her husband, two cats, and two very large dogs. Her YA novel, Blind Study, a supernatural thriller, comes out August 20, 2013.


You can find Jacquelyn here:


I'm definitely intrigued by this one and looking forward to reading it!
Thank you so much, Jacquelyn and April, for inviting me to be a part of
this reveal :)  You can visit the lovely April over at Sim Sational Books to
check out the awesome trailer she made for Blind Study and to
enter for your chance to win a copy of the book!
Posted by A Belle’s Tales at 2:14 AM
Email ThisBlogThis!Share to TwitterShare to FacebookShare to Pinterest
Labels: Cover Reveals, Excerpts
Newer Post Older Post Home