Teaser Tuesday 7: The Book of Lost Souls by Michelle Muto 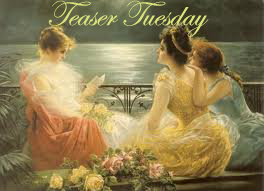 
This week's teaser comes from the following book: 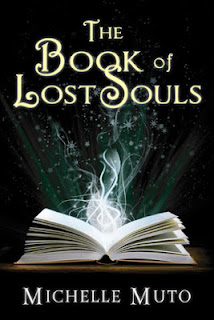 When teen witch Ivy MacTavish changes a lizard into her date for a Halloween dance, everything turns to chaos. And when no one is powerful enough to transform him back except Ivy, it sparks the rumor: Like father, like daughter. Ivy has heard it all before - that her father, who left when she was seven - was involved with the darkest of magic.

Making the rumors worse, someone uses an evil spell book to bring back two of history's most nefarious killers. Ivy's got a simple plan to set things right: find the real dark spell caster, steal the book, and reverse the spell. No problem! But she'll have to deal with something more dangerous than murderous spirits that want her and her friends dead: the school's resident bad boy and hotter-than-brimstone demon, Nick Marcelli. Nick's offering Ivy more than his help with recovering the missing book - he's offering her a way to ditch her scaly reputation as a lizard-lover. Demons are about as hard to handle as black magic, and as Ivy soon discovers, it's going to take more than a lot of luck and a little charm if she wants to survive long enough to clear her status as a dark witch, get a warm-blooded boyfriend, and have her former date back to eating meal worms before the week's end.

"'What do you want, Nick?'
The corner of Nick's mouth eased into a grin that made
Ivy's insides somersault unexpectedly.
'You...'"
-pg. 56

I do like a man who knows what he wants!  I'm really enjoying this book and can't wait to learn more about Ivy, her friends, and especially Nick!
I'd love to know what your Teaser Tuesday is!

Posted by A Belle’s Tales at 12:39 AM
Email ThisBlogThis!Share to TwitterShare to FacebookShare to Pinterest
Labels: memes, Teaser Tuesday