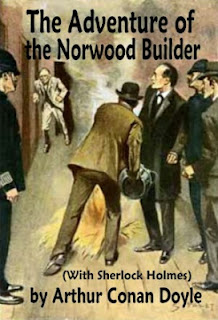 
Sherlock Holmes and Dr. Watson are visited by "the unhappy John Hector McFarlane", a young lawyer from Blackheath who has been accused of murdering one of his clients, a builder called Jonas Oldacre.


In spite of the fact that the evidence against young Mr. McFarlane is quite convincing, Sherlock Holmes, after questioning a number of people associated with McFarlane and Jonas Oldacre, uses his legendary investigative powers, along with a ruse to reveal the real culprit and clear the young lawyer.

In this Sherlock Holmes adventure, Mr. Holmes and his assistant Watson are investigating the murder of Jonas Oldacre, a very wealthy architect in Norwood. Lestrade and Higgins, two other detectives in Sherlock Holmes's town, have found John McFarlane guilty of this murder. John McFarlane is the person who Jonas Oldacre left everything to in his will (which no one really understands, because McFarlane and Oldacre had never met). McFarlane begs Holmes to help him and insists he did not murder Jonas Oldacre. He seems innocent… but a young man who learns he is going to invest all the riches of a wealthy man when he dies would certainly want to receive these riches as soon as possible… right?

I discovered Sherlock Holmes last year when I was in the seventh grade and I am a little obsessed. I love reading the adventures of Sherlock and Watson! These stories never disappoint. The Adventure of the Norwood Builder was a short but entertaining story. This was an excellent installment in the Sherlock Holmes collection, and I enjoyed it thoroughly.

The story was so well-written that I never expected the huge twist at the end. But when I thought about it, it really was “Elementary, dear Watson!” Readers who enjoy mysteries, suspense, and anything Sherlock Holmes would definitely love this story! 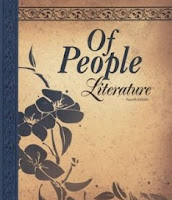 This was a story from one of my school books, Of People Literature (Fourth Edition).

Posted by A Belle’s Tales at 12:21 AM
Email ThisBlogThis!Share to TwitterShare to FacebookShare to Pinterest
Labels: Book Reviews, Katertot reviews