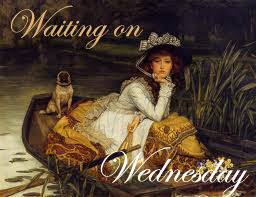 My WoW pick for this week is: 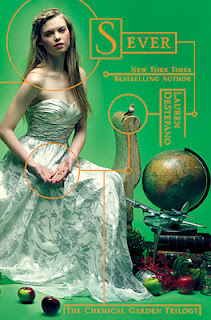 
Time is running out for Rhine in this conclusion to the New York Times bestselling Chemical Garden Trilogy.


With the clock ticking until the virus takes its toll, Rhine is desperate for answers. After enduring Vaughn’s worst, Rhine finds an unlikely ally in his brother, an eccentric inventor named Reed. She takes refuge in his dilapidated house, though the people she left behind refuse to stay in the past. While Gabriel haunts Rhine’s memories, Cecily is determined to be at Rhine’s side, even if Linden’s feelings are still caught between them.

Meanwhile, Rowan’s growing involvement in an underground resistance compels Rhine to reach him before he does something that cannot be undone. But what she discovers along the way has alarming implications for her future—and about the past her parents never had the chance to explain.

In this breathtaking conclusion to Lauren DeStefano’s Chemical Garden trilogy, everything Rhine knows to be true will be irrevocably shattered.

If you caught my review of Fever from a couple of weeks ago, then it will come as no surprise that I am anxiously counting the days until February 12 for the conclusion to The Chemical Garden Series and to find out what will become of Rhine, Gabriel, Linden, Rowan... and Cecily and Vaughn!

What book are YOU waiting to get your hands on?
I'd love to know, so leave me a link in the comments!
Posted by A Belle’s Tales at 9:26 AM
Email ThisBlogThis!Share to TwitterShare to FacebookShare to Pinterest
Labels: memes, The Chemical Garden Trilogy